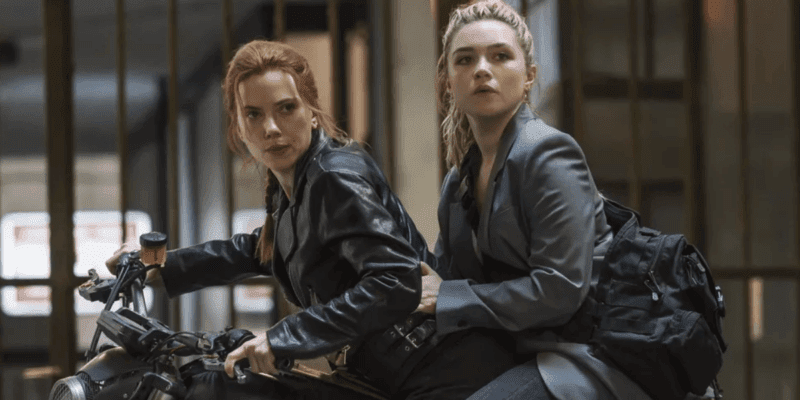 Florence Pugh’s Yelena Belova will return to the MCU for The Thunderbolts (2024), but a new report claims that it isn’t the only movie in which the actress is set to star.

Pugh has already shown up a few times in the MCU after making her debut in Scarlett Johanson’s Black Widow (2021) and then reprising her role to fight Jeremy Renner’s Clint Barton in Hawkeye. With two successful appearances, Marvel has big plans for Pugh’s character moving forward, as she will be a vital member of the Thunderbolts team.

Harrison Ford will also be joining the MCU roster as Thaddeus Ross, the leader of the Thunderbolts in the comics, might end up doing the same in the MCU. With Ford destined to be announced as a critical team member, Marvel might also create a connection between the two characters in an MCU movie right before The Thunderbolts release.

According to The Hollywood Reporter, Pugh signed a contract to be in two more MCU movies after receiving an eight-figure check from Marvel Studios. Captain America: New World Order (2024) might be the mystery movie Pugh is set to star. Anthony Mackie’s Sam Wilson/Captain America will be facing Tim Blake Nelson’s The Leader, making the movie feel like it has a stacked cast.

Ross’s role in the movie is a mystery, but it seems that Marvel wants to show Ross’s journey into becoming the Red Hulk so that his potential debut in The Thunderbolts will be as the Red Hulk. Having Yelena already know Ross will help establish more of a connection between the different characters in the Thunderbolt team and make the movie have to spend time introducing so many characters to each other.

As seen in Hawkeye, Yelena doesn’t always listen to Contessa Valentina Allegra (Julia Louis Dreyfus) as she was supposed to kill Clint Barton. This would mean that there could be tension between different team members, and having Yelena trust and follow Ross could help strengthen the overall team dynamic, as Yelena could prevent Val from leading the team or something along those lines.

Or Yelena could be appearing in another movie after The Thunderbolts. A few untitled Marvel projects will be announced in the coming months, and one of them could include Pugh. It seems unlikely, as Captain America 4 feels like the best way to set up Pugh’s involvement in the team and help bring Ross in as the leader since he reportedly won’t be working in the government any longer.

Do you think Yelena will team up with Ross in Captain America 4?