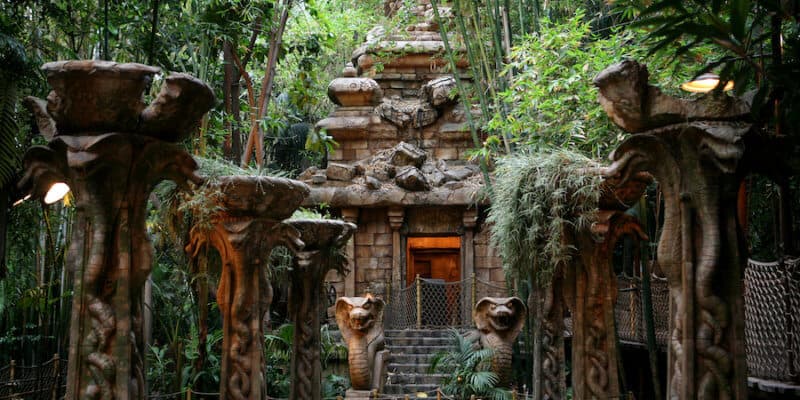 A fan-favorite Disneyland attraction recently left Guests stranded three times before they had to be evacuated.

Disneyland Resort is home to timeless attractions that remain in the hearts of thousands of fans, with their love for them growing as the years go by. However, some of these attractions have recently shown that the passing of time has severely affected them. Many Guests have recently reported that several Disneyland attractions are currently in lackluster condition, with damaged or missing animatronics, broken effects, and constant breakdowns.

Perhaps one of the most discussed attractions regarding its current condition is Indiana Jones Adventure, in Disneyland Park’s Adventureland, a fan-favorite attraction that, according to many fans, is nowhere near its initial glory.

Redditor u/lesierras posted about their experience on a recent visit to Disneyland, where they experienced three different breakdowns while exploring the temple of Mara with no sight of Dr. Indiana Jones to save them from the condition of the attraction. They shared images of the different locations where the attraction broke down, from the very beginning of the ride through the bridge in front of the face of the Mara idol.

User u/lesierras commented that Cast Members were able to “get the ride back up and running” and sent her vehicle through the attraction again. The second stop was at the skeleton room, where the original poster commented that they finally got to see a hidden Mickey within the attraction. The third and final stop was on the bridge in front of the Mara idol, just before the snake room. Redditor u/lesierras didn’t comment on the evacuation process, but having so many complications when riding a single attraction cannot be a good sign.

Fellow Redditor u/Positive_warrior_05 shared their own story while riding Indiana Jones Adventure on a different visit, with a family shamelessly pulling out their food and eating in the middle of the attraction while Cast Members tried to resume the ride. Their full comment reads:

We also broke down one time and the lights came on. We were probably at a standstill for about 10 min in the Bug Room. The funniest thing was there was a family sitting in the front row that were hungry and couldn’t wait, so I saw the mom bust out tacos in tin foil from her purse, handed it to her son and husband, and they just ate right there! LOL

Do you think Indiana Jones Adventure needs a refurbishment? Let us know in the comments below!

Comments Off on Fan-Favorite Disneyland Attraction Breaks Down Three Times Before Being Evacuated, “That Sucks”