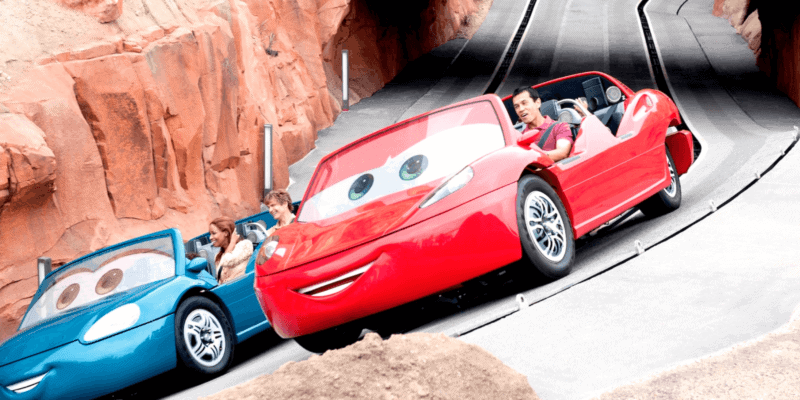 Disneyland Resort recently increased prices for Disney Genie+ and Individual Lightning Lanes. Prices vary based on crowd levels, with some rides costing $25 per Guest on the busiest days.

One of those rides is Radiator Springs Racers in Cars Land at Disney California Adventure Park. The ride does offer a standby queue and single rider line, but wait times can hit nearly two hours when crowds are high!

“Luckily we did it towards the end of the night and were able to Standby with a short wait, but I would have been so mad if I had paid for a LL for that experience,” the Guest wrote.

Though Radiator Springs Racers breaks down regularly, the Disney Park hasn’t announced plans to update the ride. It hit its tenth anniversary this July.

Radiator Springs Racers opened alongside Cars Land on June 15, 2012. The ride is considered an updated version of Chevrolet Test Track in EPCOT at Walt Disney World Resort. From Disney:

Start your engines! Zoom through the desert landscape of Cars Land, inspired by the Disney and Pixar movie Cars.

Have you noticed maintenance issues on Radiator Springs Racers?