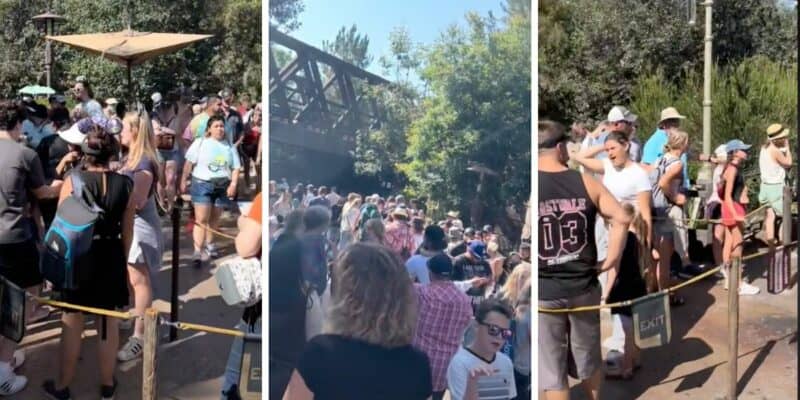 Many Guests have complained about Lightning Lanes, which increased in price earlier this month. Some Guests who purchase Lightning Lane say they aren’t getting enough value for their money, sometimes waiting 30 to 45 minutes in “faster” queues. Still, some Guests say Disney is prioritizing Lightning Lane Guests too much.

“Would you please give higher priority to standby guests?” the Cast Member asked of his coworkers. “The LL line from the building entrance to the loading dock is so short the ones who paid will already get their turn quickly… and there’s more people I’ve seen in the standby line and the wait time is longer over there. The standby time could be cut down significantly and you would get fewer people leaving the line because they were stuck in one spot for 15 minutes too long.”

“You guys make the standby experience miserable by making the line much too long and much too slow,” the Cast Member continued. “And please fill in EVERY single seat, that would also help the wait time.”

The Cast Member continued to explain that the crowded queue makes it harder for custodial Cast Members to work and creates traffic jams around trash cans.

Though others pointed out that it would be better to make suggestions to Disney management instead of social media, the Cast Member said the Disney Parks are too busy to make suggestions. “Those ‘operational procedures’ come from terrible management, in my opinion,” they argued.

The Cast Member also criticized current Walt Disney Company CEO, Bob Chapek. “Maybe because they’re giving LL too much priority for what’s constructionally-speaking such a short line while making the 2-miles long line wait longer than they really should,” they wrote. “What’s posted as 60 minutes could be cut down in half if the standby line was given more of a priority. Otherwise they are ruining the guest experience and that seems to be Bob Paycheck’s MO as of late.”

What do you think of the ratio of Lightning Lane to Standby Guests sent through attractions at Disneyland Park and Disney California Adventure?