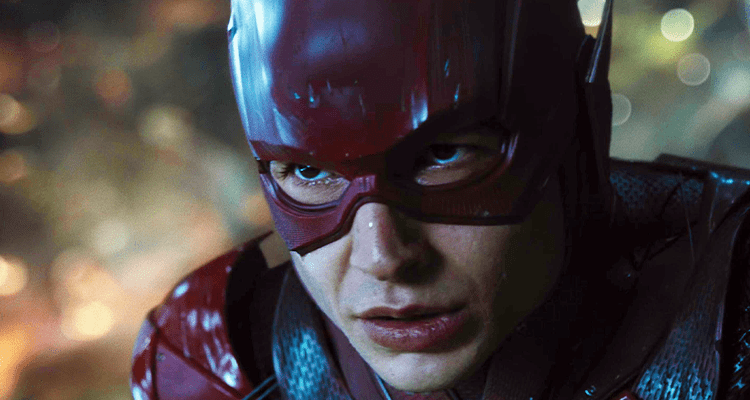 Ezra Miller’s legal issues have finally led the actor to appear remotely in court after being charged with a felony for theft.

Most of Ezra Miller’s fame can be attributed to their time with Warner Bros. as he starred in The Fantastic Beasts franchise and as Barry Allen/The Flash in the DC Extended Universe (DCEU). Miller has faced intense backlash for recent controversies, such as being accused of being a cult leader while traveling abroad, kidnapping a girl they had reportedly brainwashed for the past six years, leaving a mother and her children at their weed farm, etc.

Miller finally faced legal charges of burglary after stealing from their neighbor, and while appearing at the Vermont Superior Court, Miller pleaded not guilty to the felony burglary. According to Deadline, if convicted, Miller is set to go to jail for 26 years which will ruin what’s left of their acting career.

Miller’s controversies have led Warner Brothers to be prepared to scrap one of their major DC movies, The Flash (2023), which will be Miller’s final movie with the company. As the movie was delayed to June 2023, reshoots happened, and Miller was brought back to work on the movie.

The Flash will be Michael Keaton‘s Batman return to DC films as he will help Barry Allen. Initially, DC was going to make Keaton the new Batman for the DCEU, but that may have changed due to how many projects he was in that were cut, such as Leslie Grace’s Batgirl.

The Fantastic Beasts (2016) actor was on the run for several months traveling with Tokata Iron Eyes, the girl he was accused of kidnapping and brainwashing. Ezra Miller denies all claims despite her father, Chase Iron Eyes going to court to get a restraining order on the actor from his family.

The Iron Eyes family has continued to share that their daughter refuses to leave the actor and won’t keep her phone, making them afraid for their daughter’s safety. Miller does have a bad reputation with fans as their impulsive nature has led them to choke a fan during a press a few years back.

Fans are unhappy that Warner Brothers hasn’t broken all ties with the actor after facing several accusations of child endangerment due to Miller reportedly threatening families with firearms.

Warner Bros. wants The Flash to release in theaters due to the amount of money invested in the movie and that the movie was originally going to reset the DCEU.

With Dwayne Johnson’s Black Adam (2022) bringing back a central super hero, it’s clear that Warner Bros. might be considering how much of a reboot is needed for their universe as Ben Affleck’s Batman is returning in Aquaman and the Lost Kingdom (2023) leaving another Justice League movie to be possible.

The big question for DC is figuring out how to replace The Flash in a way that won’t confuse fans too much. Fans have given DC their suggestions for who could be the new Barry Allen, and the Multiverse would make it easy for a new actor to take on the mantle.

Another way they could replace Flash is to bring in a new character, such as Wally West, or another Flash character to be the new DCEU speedster. This might be the better approach to avoid confusion and allow DC to have a flash that won’t create months of backlash for Warner Bros. anymore.

Vermont’s Superior Court has confirmed that Miller will appear back in court at a later date to continue the trial. When that happens, Miller might end up spending a large part of their life behind bars if they are convicted.

What are your thoughts on Miller pleading not guilty? Let us know what you think!