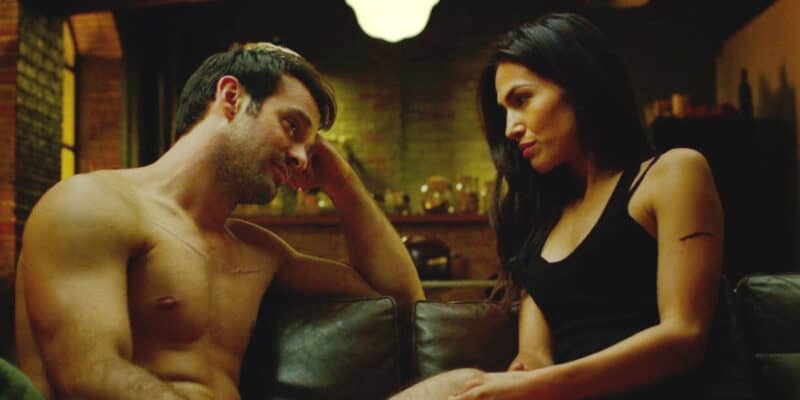 One of the big questions surrounding The Walt Disney Company’s recoup of the Daredevil franchise was whether they would reinvent, reboot, or retain the Devil of Hell’s Kitchen as he was established in the largely popular, Daredevil series on Netflix.

With Charlie Cox making his Marvel Cinematic Debut in last year’s Spider-Man: No Way Home (2021) from director Jon Watts, and having now appeared in Jessica Gao’s She-Hulk: Attorney at Law, confidence over the future Daredevil: Born Again series has lifted. But what of the supporting cast? One actor who was surprisingly rumored to take over an existing role has broken their silence.

Related: Jon Bernthal’s Punisher Might Be Back In The MCU, Marvel Star Lets Slip

Daredevil, and other television shows like Jessica Jones, Luke Cage, Iron Fist, Punisher, and The Defenders, made up the joint Marvel Universe on the Netflix streaming platform. It was always a gray area whether the Netflix Marvel shows were part of the MCU continuity, and now with Netflix’s loss and Disney+’s subsequent gain of the programming, it seems relatively confirmed that the majority of the Defenders superheroes will at some point transfer more coherently into the Marvel Cinematic Universe.

It bears no surprise that Kevin Feige and Marvel Studios would choose to announce a Daredevil series first. The popularity of the character both in TV and Marvel Comics is enduring, and the presentation at San Diego Comic-Con’s Hall H delivered above many Marvel fans’ expectations — an 18-episode Daredevil series called Daredevil: Born Again. Before that airs in 2024, Cox and D’Onofrio will appear in the upcoming Hawkeye spinoff, Echo, starring Alaqua Cox as Maya Lopez AKA Echo.

With only Cox and D’Onofrio confirmed from the original Defenders universe line-up so far, rumors have swirled over Krysten Ritter’s return as the superpowered Jessica Jones, and weirdly a replacement actress for Yung’s assassin Elektra Natchios. Rumors that apparently have no weight according to the actor in question.

Deadline shared the tweet from Eiza Gonzalez Reyna after rumors and subsequent backlash started over her apparent casting as Elektra in Daredevil: Born Again:

“I feel like I’m just gonna get it out of the way because, One, I’m confused as for the amount of hate over this, and two, I feel like it saves people energy,” she tweeted. “No I’m not cast as Elektra in Daredevil I have already [an] ongoing series exclusivity contract to 3 Body Problem. Ur welcome.”

The actress tweeted a second time, attempting to clear up any confusion:

I’d appreciate if I could live free of negative ill intended messages about me playing/stealing? a role that I don’t even know about. Thank you and wishing you all the best.

Id appreciate if I could live free of negative ill intended messages about me playing/stealing? a role that I don’t even know about. Thank you and wishing you all the best ❤️

So far, Elektra actress Élodie Yung has neither denied nor confirmed her involvement in the upcoming Daredevil: Born Again, but that could simply be because Marvel Studios don’t intend to debut the character right away. As for now, fans can clutch to the excitement of finally having Cox’s charismatic character firmly in the MCU, and his authentic appearance in She-Hulk: Attorney at Law alongside Tatiana Maslany’s Jennifer Walters/She-Hulk is going down a storm with dedicated Daredevil and casual fans alike.

The Man Without Fear is here.

Who do you think will star in Daredevil: Born Again? Let us know in the comments down below!