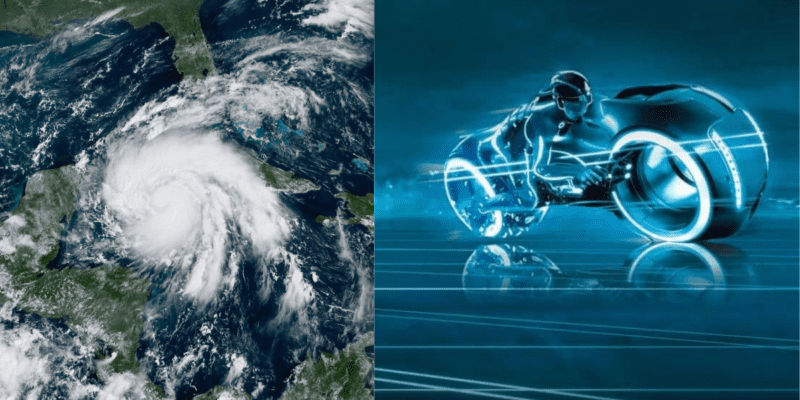 At September’s D23 Expo, Chairman of Disney Parks and Resorts Josh D’Amaro finally announced that TRON Lightcycle Run will open in spring 2023. However, fans have expressed concern that the coaster’s roof is already showing damage from Central Florida weather and could receive further damage from Hurricane Ian, which hit Florida on Wednesday.

“All I know is Ian better not delay Tron!” u/RogerSherman87 joked on Reddit. Many Disney Parks fans continued the bit, like u/AllyL33:

Wind blew it away. New attraction coming for the 100th Anniversary Celebration. They are expected to breakground for it around the 75th Anniversary and hope the 25 year window will mean it’s finished on time.

Though these fans were joking, others expressed genuine concern about the new Disney Park coaster. Twitter user @unichronicles wrote:

I’m curious to see how Hurricane Ian impacts the construction of Epic Universe, High Surf and TRON. Hope they don’t get delayed too much further 🙁

I’m curious to see how Hurricane Ian impacts the construction of Epic Universe, High Surf and TRON. Hope they don’t get delayed too much further 🙁