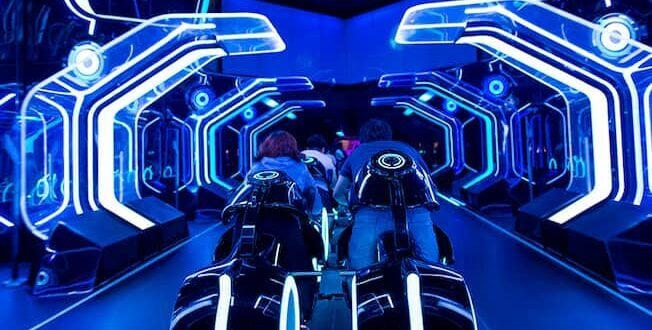 For the last few months, we have seen the roller coaster testing with no passengers. We have also seen the roller coaster run with test dummies aboard the ride vehicle. Disney Parks fans have watched every detail of the construction process— including the delivery of the sleek ride vehicles —  even waiting patiently throughout Walt Disney World Resort’s pandemic-related closure in 2020, and, now, finally, their patience is being rewarded. The ride officially started testing with human riders a few weeks ago.

The first time we spotted this, we couldn’t have been more excited as this showed Disney was making major progress on the attraction. Unfortunately, we are still a ways away from actually being able to ride the coaster ourselves.

The further we got into 2021 the more we could tell that this would not be happening. Our only hope was D23. For those who may not know, Disney D23 is “The largest Disney fan event in the world”. This year’s  D23 Expo Presented by Visa celebrated the wonderful worlds of The Walt Disney Company, including Disney, Marvel, Pixar, and Star Wars across film, television, theme parks, and more!

Thankfully, an official release date for the attraction was given at D23, gushing any rumors of an even longer wait.

Disney confirmed that the ride would be opening in “Spring of 2023” and while vague, it’s the most concrete timeframe we have ever received for the attraction.

The ride is continuing to be tested, as you can see in a tweet from ParkTerror (@ParkTwister) linked below:

‘Tron Lightcycle Run’ has been testing very consistently today here at Magic Kingdom.  Intervals in between trains is approx. 20-30 seconds. Keep in mind, this ride can load two trains at one time thanks to its Du

Intervals in between trains is approx. 20-30 seconds. Keep in mind, this ride can load two trains at one time thanks to its Dual-Load station, similar to what Cosmic Rewind uses. pic.twitter.com/KE4yaSiauV

Are you looking forward to riding this new attraction at Disney World?