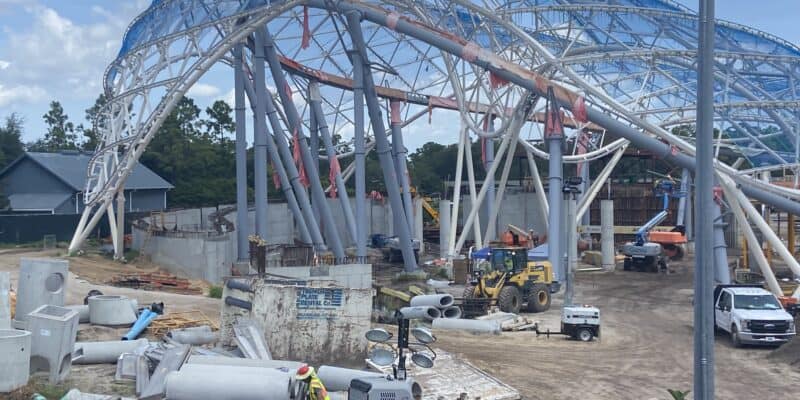 Ever since Walt Disney World Resort’s TRON roller coaster, officially called TRON Lightcycle Run, was announced on July 15, 2017, at the D23 Expo in Anaheim, California, fans have been anxiously awaiting news regarding the thrill ride. The ride first opened in Shanghai Disneyland and has been a big hit with Guests ever since.

Disney Parks fans have watched every detail of the construction process come together slowly over the last five years and many have been wondering when the ride will actually open. In the past few weeks we have seen Disney actually test the ride and turn the lights on, indicating it may be sooner than we think.

A video showing the new ride being tested was shared on Twitter by Brady Cox (@DisneyDud_71) which you can see below:

The roller coaster was originally expected to open sometime during Walt Disney World Resort’s 50th-anniversary celebration, which began October 1, 2021, and will continue into 2023.

Although Disney World officials have not confirmed an opening date for TRON, and it could very well open after the end of the 50th celebration, this amount of testing is certainly a step in the right direction.

Are you looking forward to riding this attraction?