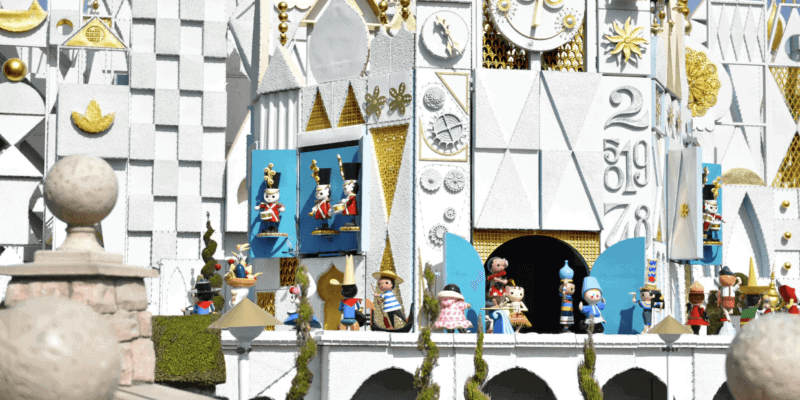 A beloved Disney Parks classic is closing its doors soon, so fans better hurry if they want to experience this attraction.

While many fans visit Disney Parks in California and Orlando to experience some of the timeless classic attractions that helped shape the beloved Parks, like Peter Pan’s Flight, Pirates of the Caribbean, The Haunted Mansion, “it’s a small world,” and so many more, some would prefer to see these classic attractions go through some change, even if it is a temporary one.

With Halloween and the holiday season coming closer each day, Disney Parks worldwide are gearing up for the different celebrations at Disneyland Resort, Walt Disney World Resort, Disneyland Paris, and even Tokyo Disneyland. From spectacular decorations to beloved characters in all-new seasonal outfits, exclusive parades, seasonal nighttime spectaculars, and even some attractions receiving seasonal layovers, the holidays at Disney Parks are a magical experience for the entire family to enjoy.

However, a beloved Disneyland classic will soon close its doors as part of these seasonal preparations.

Fans of Disneyland’s classic “it’s a small world” will see the attraction close its doors on October 24, 2022, as it undergoes a complete makeover, inviting Guests to board “The Happiest Cruise That Ever Sailed” again on November 11 as “it’s a small world” Holiday, available during the holidays at the Disneyland Resort.

Set sail along a wondrous wintry waterway transformed with whimsical décor. Behold jubilant regional adornments all along your world tour of good cheer. Listen as the costumed chorus of children sings the classic “It’s a Small World (After All)” song and traditional holiday tunes.

This beloved transformation is not the only one taking place at Disneyland Resort during the last months of the year, as The Haunted Mansion also changes for Halloween and the holidays at the California theme park.

Haunted Mansion Holiday welcomes Guests into a new vision inspired by Tim Burton’s The Nightmare Before Christmas (1993). Guests can witness a ghoulishly glorious sight and meet Jack Skellington as Sandy Claws, Sally, Oogie Boogie, and even Zero, who took over The Haunted Mansion at New Orleans Square for the 21st time since this holiday overlay began in 2001.

Are you excited to see “it’s a small world” Holiday return to Disneyland? Or do you prefer the original version of the Disney classic? Tell us what you think in the comments below!