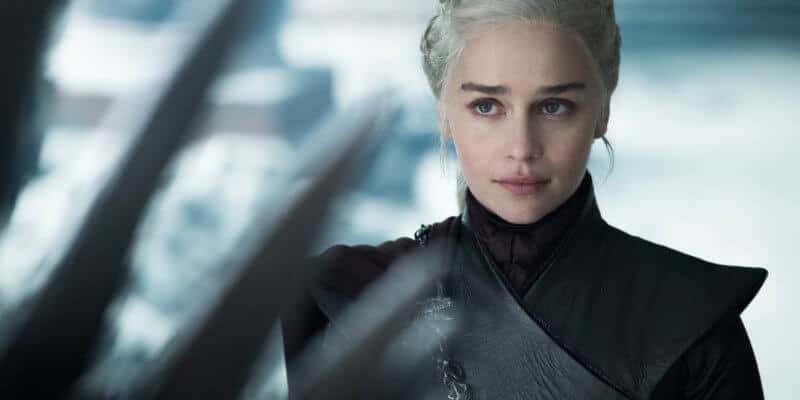 Emila Clarke‘s appearance was shockingly brought up during a House of the Dragon screening, which shocked fans.

Clarke has played other roles in Star Wars and now the Marvel Cinematic Universe, but she earned fame by starring in Game of Thrones as Daenerys Targaryen. Everything was going well for fans until Foxtel CEO Patrick Delany began talking about the HBO series right before the House of the Dragon screening.

He shared how he was confused about how Daenerys could walk through fire without a scratch. He told the entire audience how he felt, saying, “I was like, ‘What’s this show with the short, dumpy girl walking into the fire?'”

“It felt like he was expecting us to laugh along, but people in the room were obviously shocked by it.”

Another critic shared online that he had to ask one of his friends next to him if he heard Delany say the right thing because he couldn’t believe that the TV CEO would say something like that on the mic:

Yeah, I was there for this, and turned to my mate for clarification as I simply didn’t believe someone would say that on mic.

Yeah, I was there for this, and turned to my mate for clarification as I simply didn't believe someone would say that on mic. https://t.co/GtOK67GJxh

Related: Acclaimed Creator Doesn’t Want to Be “Sidelined” And End Up Like Stan Lee

A Foxtel representative shared a statement after the incident to explain Delany’s motives:

“The aim was to convey that for him, Game of Thrones was something very different for television in 2011 and that Emilia Clarke went from relatively unknown to one of the most recognized and most-loved actors in television and film,” the statement read. “On behalf of Mr. Delany, the Foxtel Group apologizes if his remarks were misunderstood and caused any offense.”

This statement didn’t stop fans from being furious with Delany. Clarke has recently admitted that she has survived several brain aneurysms, and having someone talk about her appearance at a House of the Dragon screening doesn’t help her.

While the actress won’t return to work with HBO on Game of Thrones, Clarke will probably have a recurring role with Marvel as a major Skrull. She will appear in Secret Invasion, which will debut early next year.

What are your thoughts on what happened? Let us know in the comments section below!