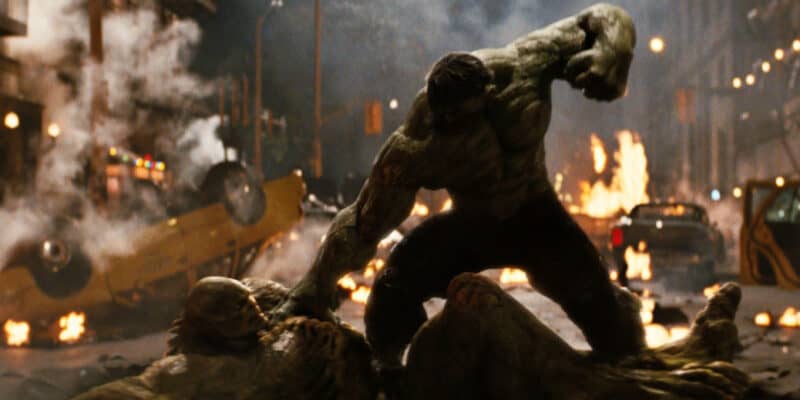 She-Hulk: Attorney at Law has divided fans as some men reviewed bombed the latest Marvel Studios original series before it was even released on Disney+. Others have complained the CGI of the main character Jen Walters/She-Hulk (Tatiana Maslany, Orphan Black) makes her look weird compared to her cousin Bruce Banner/Hulk (Mark Ruffalo). But one thing Marvel fans have united it on is that they are happy that Tim Roth has returned as Emil Blonsky/Abomination.

Marvel Studios has been introducing a lot more anti-heroes in Phase Four to build up their roster of Thunderbolts. Marvel fans are latching onto these characters like Baron Helmut Zemo (Daniel Brühl) on The Falcon and the Winter Soldier. One moment in episode 3, “The Power Broker,” resulted in Marvel Studios releasing an hour-long video of Zemo dancing in the club in Madripoor after fans begged for more.

And fans of Tim Roth’s Emil Blonsky have gotten their demands met as Marvel has released the haikus Abomination written while in the Department of Damage Control prison. They were shared on She-Hulk’s official Twitter account after asking for 4,000 likes and receiving over 65,000k in less than a day.

Some of the gems include:

the storm and stirrings of time

“To the world I am

Who are we to judge?”

though I don’t see it that way

I have my soulmates”

Prisoner is what I am

Yet inside I’m free”

“If inside you feel

Fans immediately joined in the thread to comment on the haikus, Japanese poems of seventeen syllables in three lines of five, seven, and five. One of the few not leaked was the one he sent to Bruce Banner to cement their reconciliation. Users like Mediaverse+ said

She-Hulk: Attorney at Law seems to be trying to set Emil Blonsky up for a redemption arc. He has made peace with his victims and Bruce Banner and is ready to rejoin society. She-Hulk was predicted to introduce Red Hulk, but that appeared to have been scrapped when William Hurt died. Abomination could then step up to become the leader of the Thunderbolts when they show up in Phase Five’s Thunderbolts on July 18, 2024.

Let us know in the comments if you want to see more of Emil Blonsky’s haikus.