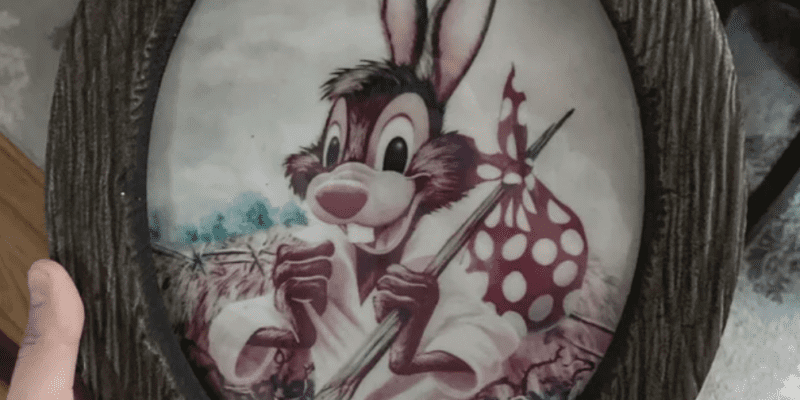 In the Summer of 2020, Disney announced a future retheme that would transform the iconic Splash Mountain into a new attraction showcasing The Princess and the Frog (2009).

The change came after discussions about Splash Mountain began circulating on the internet, though Disney has maintained that the decision to retheme had been made long before the negative publicity. A retheme petition even made its rounds, describing the ride’s storyline and history as being “steeped in extremely problematic and stereotypical racist tropes from the 1946 film Song of the South.”

Supporters of the retheme petition praised the decision to convert Splash Mountain into a more appropriate attraction, while some disapproving fans condemned the choice and made a petition of their own to preserve the beloved ride.

Both sides earned tens of thousands of signatures but were ultimately moot points, as Disney was already hard at work preparing to say goodbye to Splash Mountains as fans know it.

Politics aside, the retheme appears to come at a good time for the ride, which has seen an onslaught of malfunctions in recent months. Sinking logs, unruly Guests, and unexpected closures plague the attraction in what fans suspect are its final days.

Still, some fans are already mourning the loss of Splash Mountain as it prepares to close its doors for good before opening in late 2024 as Tiana’s Bayou Adventure, seen in the following Disney Parks YouTube video:

In a recently posted Reddit thread, one user wrote that they were having a hard time adjusting to the proposed change.

I’m not looking to get into the politics of it, but I’m having a hard time letting go of Br’er Rabbit. Shout out to MovieProps2000 on Etsy. It’s like he took it right out of Splash Mountain’s queue.

I’m not looking to get into the politics of it, but I’m having a hard time letting go of Br’er Rabbit. Shout out to MovieProps2000 on Etsy. It’s like he took it right out of Splash Mountain’s queue. from WaltDisneyWorld

In the post, user UnderCoverDoughnuts shared a photo of a Br’er Rabbit tribute they purchased through a seller on Etsy.

A few followers commented on the keepsake, sharing a similar difficulty with bidding Br’er farewell, while other users admitted they were ready to leave the theme behind.

“I get that Splash Mountain is iconic,” user knightducko wrote. “But Disney needed to move on from that character.”

Neither Disneyland California nor Walt Disney World has officially announced a closure date for Splash Mountain, but Guests are certain the end is near.

While the attraction continues to operate on borrowed time, the chances to experience the log flume ride as-is are dwindling. As of today, the ride’s official description on Disney World’s site reads as follows:

You Will Get Wet
This attraction includes 950,000 gallons of water, 3 dips and a 5-story drop. Where you’re seated will determine how wet you’ll get. Riders in the back may experience a sudden splash or spray; those who opt for the front can expect to get soaked.

The most recent update on the progression of Tiana’s Bayou Adventure was posted in early July by Disney Parks Blog. Here is what we know so far:

Strike up the band because we’ve saved a seat for you on this musical journey with Tiana and friends! The name of the new attraction evolving from the reimagining of Splash Mountain was announced today during ESSENCE Fest in New Orleans: Tiana’s Bayou Adventure. The all-new adventure which will bring guests into the world of Walt Disney Animation Studios’ film “The Princess and the Frog” like never before is coming to Magic Kingdom in Florida and Disneyland park in California in late 2024.

First announced in 2020, Tiana’s Bayou Adventure will take guests on a musical adventure inspired by the beloved story and characters from the fan-favorite film. Picking up where the film left off, guests will join Princess Tiana, Naveen and jazz-loving alligator Louis on an adventure through the bayou as they prepare to host a one-of-a-kind Mardi Gras celebration where everyone is welcome. Along the way, guests will encounter familiar faces, make new friends and travel through the bayou to original music inspired by songs from the film as they are brought into the next chapter of Tiana’s story.

Inside The Magic will continue to bring you the latest information on Splash Mountain’s nearing conversion to Tiana’s Bayou Adventure.

Are you Team Splash Mountain or Team Tiana’s Bayou Adventure? Comment below!