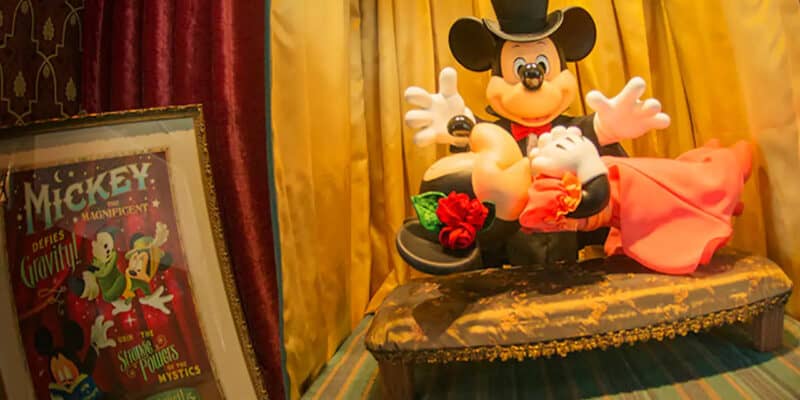 Related: A New ‘Harry Potter’ Theme Park Is Being Built

And, furthermore, the theme park rights to the Harry Potter franchise are held by Universal, not Disney. Now, however, one Disneyland Resort goer has realized that Disney Parks can buy some official Harry Potter merchandise at The Most Magical Place on Earth!

Provost Park Pass took to Instagram to share a video from the Magic Shop on Main Street, U.S.A. at Disneyland Park in Anaheim, California. In the short video, he explains that, “Theory 11 has themed decks [of cards].”

He then goes on to showcase the Ravenclaw deck which features Harry Potter himself, Draco Malfoy — who is “only a Jack” — Doby, and more characters. Griffindor, Slytherin, and Hufflepuff decks were also available for sale at the time of filming.

The video also points out that Disney Parks fans can purchase both Marvel and Star Wars-themed decks as well.

Your favorite characters have been brought to life! Harry proudly holds the Golden Snitch and his Nimbus 2000. Voldemort wields his wand made of yew. Snape teaches Potions class with his Advanced Potion Making textbook. Luna Lovegood sports her signature Spectrespecs, along with many more characters!

Located in a picturesque Bavarian cottage in the courtyard of Sleeping Beauty Castle, much of the inventory reflected what had been successful at Taylor’s original shop—rubber masks, practical jokes and “gags” like comical teeth, false eyelashes, a “severed finger,” a “third eye,” and one item that earned the affection of a young employee named Steve Martin, an “arrow through the head.” Martin remembered the goony prop joke that became a trademark during his early stand-up days, “The arrow-through-the-head was a thing we used to sell at Disneyland. It was just so silly. It was like anti-comedy.”

Martin spent three years at Merlin’s Magic Shop in Fantasyland. There, he participated in another of the shop’s well-remembered features, demonstrating the packaged magic tricks and practical joke items on sale. Martin recalls that he learned all the tricks, and collected all the jokes, writing down every gag. “I knew every nook and cranny of the shop,” he says.

Did you know you could buy officially licensed Harry Potter merchandise at Disney Parks?