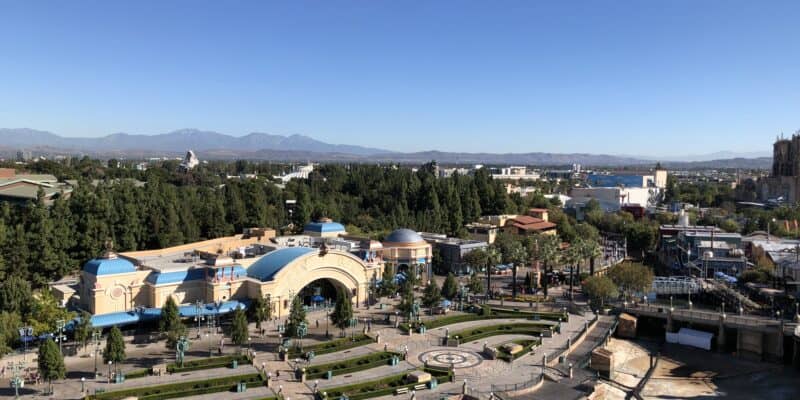 One poor unfortunate Guest recently shared a video of an entire section malfunctioning on a popular Disneyland Resort attraction.

Disneyland is home to some of the most magical experiences in the world, with rides and attractions for the entire family, beloved characters meeting and interacting with Guests, world-class entertainment offerings, delicious dining options, and so much more!

While Disneyland Resort makes constant efforts to ensure that all Guests have a magical experience during their visit, the magnitude of the Park makes it almost impossible to prevent a malfunction, as one poor unfortunate Guest recently shared.

Guest nate yagi (@nateyagi) posted a video on Twitter, commenting that the entire “Under the Sea” room on The Little Mermaid ~ Ariel’s Undersea Adventure at Disney California Adventure had malfunctioned, causing almost all the animatronics to remain static while the music continued to play in the background.

“under the sea” room on little mermaid at DCA is completely broken except for the spinning star fish = pic.twitter.com/XCMQlNlpf0

Nate also commented that the attraction was shut down after he got off.

The video quickly gathered hundreds of likes and reactions, including a hilarious comment from user @DLthings, who referenced the lyrics of the award-winning song “Under the Sea.”

The undersea world. It’s a mess

The undersea world. It's a mess

The official Disneyland Resort website describes this attraction as follows:

Journey under the sea for a whimsical musical adventure awash with scenes from the animated Disney classic.

Step into your waiting clam-mobile and float away into magical moments and unforgettable music from The Little Mermaid.

Wave hello to all the stars from the film—but beware of wicked witch Ursula—a towering tentacled figure 12 feet wide!

Disney California Adventure has so many fun things to do! Guests can enjoy Buena Vista Street as they walk the roads Walt had in Hollywood, pick up a mouth-watering hot dog at Award Wieners, and head to Cars Land to enjoy the neon signage and Radiator Springs Racers. Fans of the MCU can visit Avengers Campus and join their favorite superhero on exciting missions on WEB SLINGERS: A Spider-Man Adventure and Guardians of the Galaxy – Mission: BREAKOUT! Guests can also enjoy the Pixar Pal-A-Round on a swinging or non-swinging gondola, learn to fly at Goofy’s Sky School, rock on the Silly Symphony Swings, and catch Jack-Jack on Incredicoaster! The list of rides and attractions never ends!

And there is so much for Guests to enjoy at Disneyland! Walking up to Sleeping Beauty Castle is always a dream, especially when you get to go inside and relive the story of Aurora and Maleficent. Riding classics like “it’s a small world,” Pirates of the Caribbean, Mr. Toad’s Wild Ride, The Haunted Mansion, Matterhorn Bobsleds, Splash Mountain, and more will have you feeling the magic and craving a churro! Toontown is currently gearing up for a massive change which will be revealed in 2023 with the reopening of the land and the debut of Mickey and Minnie’s Runaway Railway. At Disneyland, Guests can now enjoy Star Wars: Galaxy’s Edge for some blue milk or green milk and ride Rise of the Resistance and Smuggler’s Run.

Have you been on The Little Mermaid ~ Ariel’s Undersea Adventure during your Disneyland trip? Let us know in the comments below!