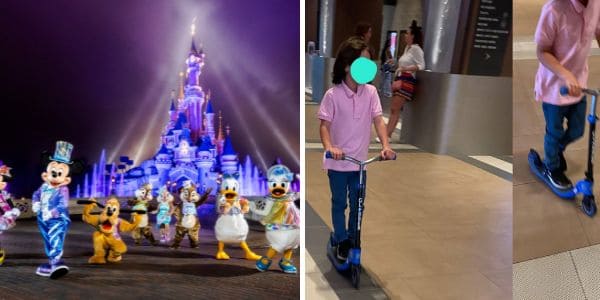 Related: Disney World Boat Starts to Sink, Guests Left in Water For Over an Hour

From exciting rides and thrilling attractions to incredible theming and delicious food, there is always something to enjoy when visiting Disney. A big part of what makes the experience so great is the insane attention to detail that Disney offers. All of the Disney Parks are famous for their intense theming and immersive details.

This immersion is ruined, however, when Guests break the rules. In the past, we have seen multiple accounts of Guests trespassing, climbing over fences, accessing off-limits areas, and even breaking things in the Parks.

However, breaking the rules is not just limited to the Parks. Recently, one younger Guest felt the need for speed at Disneyland Paris, taking their scooter into a hotel at the Disneyland Paris Resort. This was shared in a tweet which is linked below:

A little scooter ride at the Disney Hotel New York – The Art of Marvel? Why not… #dlp #DisneylandParis #dlplive (Translated)

This is certainly against the rules of the hotel, and we are sure that, eventually, the Guest was told to stop riding the scooter. The specific hotel is Disney’s Hotel New York – The Art of Marvel. Here, Guests can “Feel all the power of MARVEL Super Heroes in this premium New York-style hotel.”

Disneyland Paris is currently celebrating its 30th anniversary, offering Guests so much magic across Disneyland Park, Walt Disney Studios Park, and Disney Village. Despite new shows like Disney D-light, the new drone pre-show to the Disney Illuminations fireworks and character cavalcade such as Dream… and Shine Brighter! in front of Sleeping Beauty Castle, perhaps the most enticing aspect of the three-decade celebration is the opening of Disney Parks’ second Avengers Campus.

Have you ever witnessed someone breaking the rules at Disney?