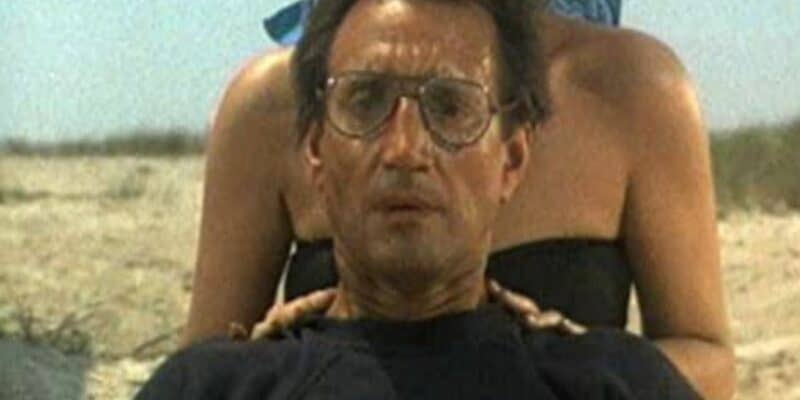 18 years before Jurassic Park (1993) transformed cinema forever with its ground-breaking special effects, director Steven Spielberg was already making waves with Jaws (1975), a film that discouraged an entire generation of moviegoers from going swimming at the beach.

Related: Meet the Fearless Woman Who Filmed the Real ‘Jaws’ and Is Saving Sharks

After a young woman is killed by the titular shark while skinny-dipping at dawn, Brody attempts to close the beaches. However, he is met with the resistance of Amity Island’s mayor Larry Vaughn (Murray Hamilton), who fears losing tourist revenue during the July 4 weekend.

Taking matters into their own hands, Brody and Hopper hire the expertise of fisherman Quint, and together decide to hunt the prehistoric beast in its own territory — out in the nightmarishly murky waters of the Atlantic. But, of course, they’re going to need a bigger boat.

While Jaws is set in New England (on the fictitious island of Amity), filming actually took place in Martha’s Vineyard, Massachusetts, an island located south of Cape Cod which is described as “a popular and affluent summer colony” on Wikipedia.

In fact, one of the actors from the 1975 film resides in Martha’s Vineyard. Jonathan Searle enjoyed a minor role in Spielberg’s classic, in which he plays one of two pranksters (the second is played by his brother) who cause panic when they use a plastic fin to pose as a shark.

However, their prank backfires when the real shark emerges from the deep and kills a fisherman, dragging him below the surface while beachgoers look on in horror. Luckily for the pranksters, Chief Brody is dealing with his son, who is having a panic attack after seeing the great white.

But now, 47 years later, Chief Brody would be proud of the little prankster, as Jonathan Searle is the real police chief of the “real” Amity Island, in the town of Oaks Bluff on Martha’s Vineyard! This excellent piece of trivia was reported by The Vineyard Gazette a few weeks ago.

In their report, they also revealed that Mr Searle has been on the local force since 1986. The article also mentions that, in 2008, Mr Searle charged a man with “disorderly conduct” for lying to beachgoers about there being great whites in the water, which, needless to say, is pretty ironic!

Mr Searle, who is now the police chief of the real “Amity Island”, told the Vineyard Gazette that he was “clearly elated” and “humbled and honoured to have been offered the position.” He added, “It’s something I’ve been working toward my whole career.”

Fortunately, Searle doesn’t have to deal with sharks in his profession, although the region is no stranger to the odd great white shark sighting. Either way, it’s reasonable to assume that Mr Searle is probably happy to leave any shark activity to the experts, or the filmmakers.

Otherwise, the only known sharks in the area are “Martha’s Vineyard Sharks”, a collegiate summer baseball team whose name was likely inspired by the 1975 film the area is associated with. There are also a number of “Jaws tours” that operate in the area, which showcase spots from the film.

Like many other Spielberg classics, Jaws is one of the most iconic films of all time. And it didn’t just terrify an entire generation of swimmers — it also gave birth to the “shark movie” genre, although it is yet to be bested (2010 Australian film The Reef comes very close).

However, while Brody and Hopper emerge victorious at the end of Jaws (Quint not so much), having blown the shark to smithereens, that didn’t stop Universal Pictures from churning out three sequels — Jaws 2 (1978), Jaws 3-D (1983), and Jaws: The Revenge (1987).

Jaws 2 is the last film in the series to be set in Amity, the third takes place at Sea World in Orlando, Florida, while the fourth and final film takes place in the Bahamas, in which the shark has “followed” a widowed Ellen Brody all the way from New England…

Is Jaws one of your all-time favorites? Let us know in the comments down below!