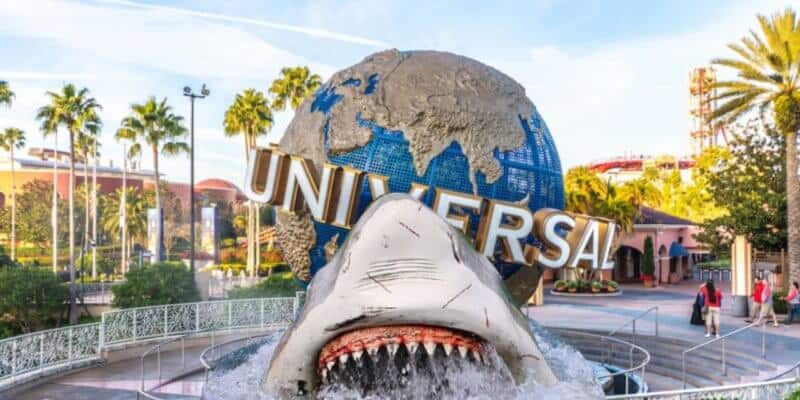 When a killer shark unleashes chaos on a beach community, it’s up to a local sheriff, a marine biologist, and an old seafarer to hunt the beast down, or in Universal’s case, it was up to us!

If you were a fan of the Jaws attraction at Universal Studios and were sad to hear that the Wizarding World of Harry Potter was going to slay the attraction to input Diagon Alley, you likely have taken a photo with the iconic hanging Jaws photo op. Well, we have both good and bad news for you regarding this giant photo prop.

Like a band-aid, we may as well rip off the negative news first. For those who may not know, the Jaws (AKA Bruce) statue is now gone from Universal Studios Florida. That means Guests can no longer take photos pretending that the bloodthirsty shark is going to chomp them to bits.

Jaws hangs off of a wooden frame which is placed on a dock in the San Francisco area of the park, but is now missing. Originally, I would have guessed that Universal removed the statue because it is typically a high touch interactive photo spot for Guests that can draw in crowds.

However, the Orlando Sentinel has now confirmed with Universal that Jaws is “backstage undergoing maintenance and will be returning.”

Universal has not given any timeline on when we can expect the 48 toothed shark to return, so for now, all you Jaws fans will need to patiently wait. My advice? Sing the Jaws theme song when you are next at Universal Orlando Resort and maybe he will come swimming back!

If you never rode Jaws, here is a quick description of the attraction that had Guests screaming on every ride.

Jaws was a theme park attraction based upon the films of the same name. The attraction places guests aboard tour boats for what should be a leisurely tour of Amity Harbor, but instead becomes a harrowing chase between the craft and a very determined great white shark. Jaws is an expanded version of a famous scene on the long-running backlot tour at Universal Studios Hollywood, also inspired by the film, and can be found at Universal Studios Japan near Osaka, and formerly, at Universal Studios Florida in Orlando.

The attraction is based on the 1975 film Jaws starring:

Speaking of visiting Universal Orlando Resort, why not plan a visit? With Mardi Gras underway, Guests can eat and drink at this party filled food festival while snapping some great photos when visiting Universal Studios! Want to ride with the Marvel crew? Universal’s Islands of Adventure will have you feeling thrills all day long!

Volcano Bay, Universal’s water park, will also be reopening at the end of the month to Guests, so you can also plan a tropical getaway!

Want to eat and drink some more? CityWalk has all the best dining locations on Universal property. With so many savings on Universal Orlando Annual Passes and more, visiting has never been more affordable. Click here to begin your adventure today!

Are you sad that the Jaws ride is no longer at Universal Studios? Do you like taking photos of (and with!) the Jaws statue?