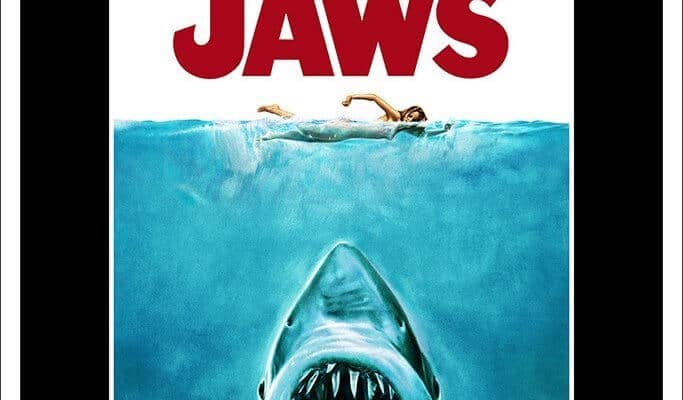 Roger Kastel created one of the most iconic movie posters in history with his artwork for “Jaws,” and Mondo has painstakingly recreated the art for two limited edition posters.

Kastel’s original painting went missing in 1975 after the movie was released, so to create these posters, Mondo enlisted the help of several artists and worked under Kastel’s supervision. Jason Edmiston worked on color separations, Chris Billheimer worked on the layout, and Bruce Yan worked on typography. The 24″x36″ JAWS screen print has a limited edition set of 280 and each one is signed by Roger Kastel.

In addition, Mondo has another 24″x36″ screen print with a limited edition size of 280, also signed by Kastel. This version features Kastel’s original artwork for the paperback novel, which was later adapted for the Steven Spielberg film.

Both versions cost $150 and go on sale at mondotees.com at a random time on Tuesday, July 3. Be sure to follow Mondo on Twitter to watch for on-sale announcements today.