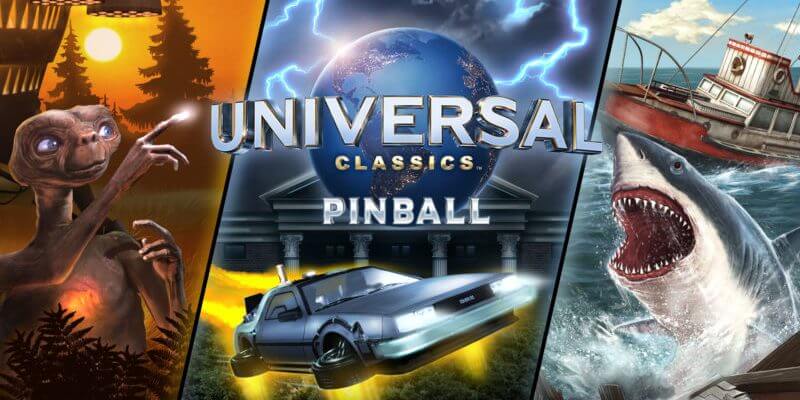 Universal Classics Pinball is inspired by “Jaws,” “Back to the Future,” and “E.T. The Extra Terrestrial.” The trio of games will be released as part of a pinball pack for the upcoming Pinball FX3 platform on PlayStation 4, Xbox One, Steam and Windows 10.

The “Back to the Future” table invites players to get behind the wheel of the DeLorean to travel through different eras of Hill Valley to fix the space-time continuum. Players take on the terrifying great white shark on the “Jaws” table. Finally, the “E.T.” table brings players on an adventure with Elliot as he helps E.T. contact his spaceship and return home. Preview the “E.T’ table in the video below. All three games capture the most memorable moments from the films and offer a nostalgic twist for modern game consoles.

Comments Off on Universal Classics Pinball transforms ‘Jaws’, ‘E.T.’, ‘Back to the Future’ into retro-inspired video games