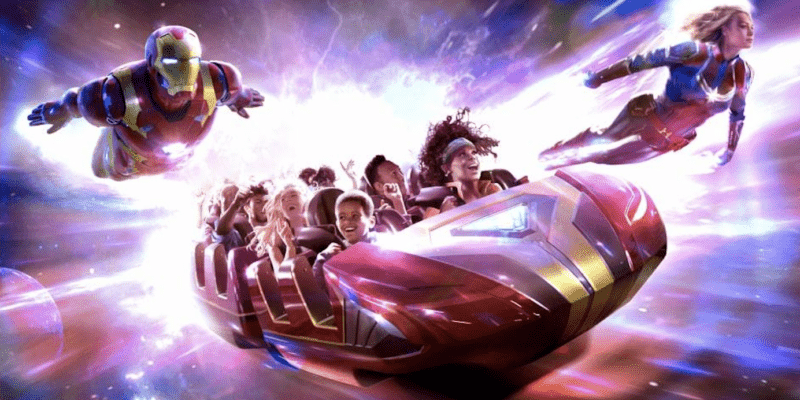 This new take on the Park’s “E-ticket” attraction features Captain Marvel and Iron Man instead of the legendary band Aerosmith, putting Guests into their very own Marvel adventure. However, Guests are not rushing in swarms to experience this ride like we thought they might.

Today, July 20, 2022, marks the official opening day of Avengers Campus at Disneyland Paris, and the lead-up to the grand opening of this land has been filled with stars, hype, and excitement. Unfortunately, it seems like the hype has already died down a little when looking at the wait times for the land’s newest coaster.

When taking a peek at the Disneyland Paris app, we can see that the wait time for Avengers Assemble: Flight Force was sitting at a measly 15 minutes earlier this morning:

A screenshot we took just a few minutes ago shows that the attraction is now sitting at 25 minutes, still, quite a short line considering this is the new area’s big thrill ride. Spider-Man Web Adventure is sitting at a much higher time of 120 minutes. Remember, today is the grand opening of this new land. 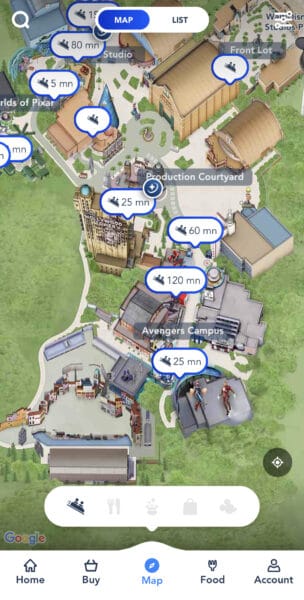 Avengers Assemble: Flight Force has already encountered some issues recently, with Guests getting stuck and forced to evacuate the attraction. While the ride is new, it’s still mostly the same experience as it has been for years. Because of this, some Guests have shared mixed opinions of the new Marvel version of the ride.