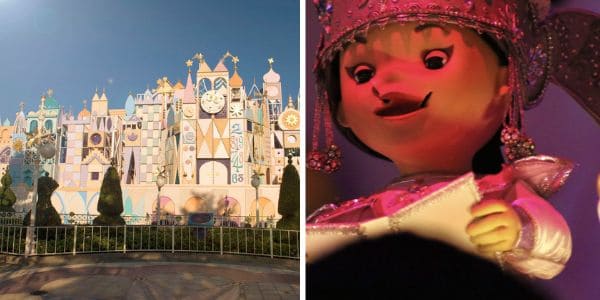 A few Disney Park fans recently discussed the concerning state of some classic attractions at the Disneyland Resort.

Out of every theme park in the world, Disneyland remains at or close to the top, at least when it comes to nostalgia. Few rides are as beloved and cherished as “it’s a small world” or Pirates of the Caribbean here. Due to the popularity and both essentially being synonymous with Disney, “it’s a small world” and Pirates of the Caribbean can be found at multiple Disney Parks and Resorts.

However, both rides are fairly old, especially at Disneyland, meaning more and more maintenance is routinely needed. This was discussed by a few passionate Disney fans recently, with one taking a bold stance.

Twitter user @GrandCalStan had this to say about the iconic ride:

So infuriated at the lack of maintenance for it’s a small world. So many of the animatronics are not working or are only partially working. A good 60% of them aren’t functioning properly. It’s so disappointing and frustrating to see such a beautiful ride in this state

Several other fans shared similar sentiments regarding the ride, with RedRobinz (@jared_ungar) even showing a few aspects that are in desperate need of some work:

Yeah the ride definitely hasn’t been looking too good lately…

As you can see, quite a few animatronics are damaged or not working properly, which is something we have covered a lot at Inside the Magic. Another fan mentioned Pirates of the Caribbean, a ride that is also apparently in a state of disrepair despite just reopening after an extended refurbishment. Twitter user@LexisH0546 said:

Ugh I felt the same frustration when riding Pirates a couple weeks ago and seeing that *all* the chase scenes were down. Things used to be fixed so quickly, now they just sit there broke

User @tigerwasp03 brought up the issue with money, saying, “For a company that’s charging an extra $15/day for faster access to a lot of rides, those rides do need a lot of work.” Twitter user @gburnash said that this issue is prevalent everywhere, not just on these two attractions or even the Disneyland Resort:

It’s not just small world. It’s splash mountain. It’s rise of the resistance. It’s so many other rides and attractions. It’s a growing problem across all of WDW.

We can only hope these issues are taken care of quickly, at least at “it’s a small world” as it serves as one of the flagship attractions at the Disneyland Resort.