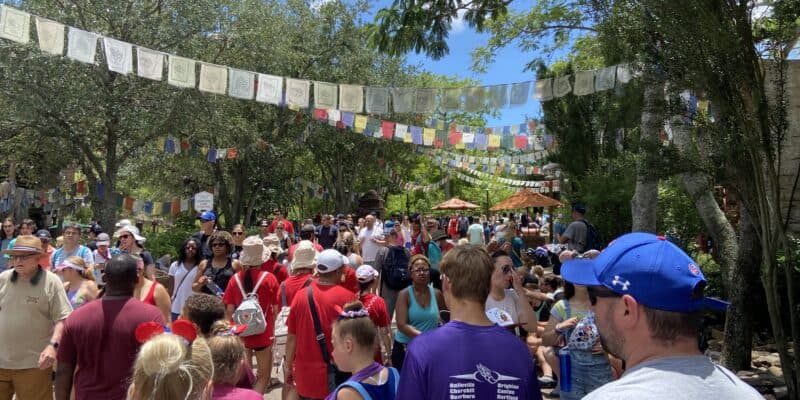 Fourth of July weekend just came to an end, but it is clear many Guests were spending the holiday at the Most Magical Place on Earth — Walt Disney World.

Inside the Magic was visiting Disney’s Animal Kingdom on July 2, and the crowd levels were certainly higher than normal. You can read more about those crowds here.

We visited Disney’s Animal Kingdom again on July 4, and the crowds definitely did not go unnoticed.

The crowds broke up slightly the further we walked down, but the crowds were still higher than normal — and considering it was a holiday, we weren’t surprised.

As far as wait times go, we noticed that most rides had a longer than average wait time. At one point DINOSAUR had a 40 minute wait and the line extended outside of the queue area. Again, considering this was a holiday, it is not too surprising.

Did you visit Disney World this past holiday weekend? Did you experience the high crowd levels? Let us know in the comments below.