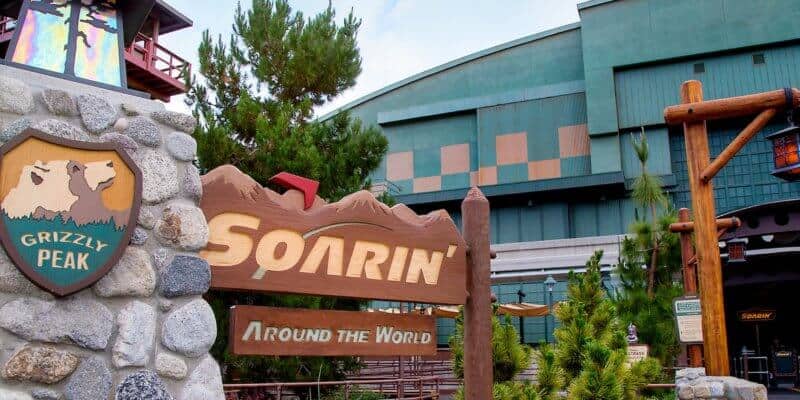 Disneyland Resort is home to many beloved attractions, from timeless classics like Peter Pan’s Flight, Pirates of the Caribbean, The Haunted Mansion, and “it’s a small world” to new and innovative experiences, like Rise of the Resistance at Star Wars: Galaxy’s Edge, and  WEB SLINGERS: A Spider-Man Adventure at Avengers Campus. The Park also offers world-class entertainment, delicious dining offerings, fun activities, and the chance to meet and interact with your favorite Disney character.

However, not all Guests have a magical time while visiting the Park, less so do they seem “happy” while visiting The Happiest Place On Earth. A recently surfaced video serves as an example of this.

In a video shared by No Context Theme Parks (@OOCParks) on Twitter, we can see a kid throwing a massive fit, screaming and squirming as his grandparent (or parent, as their relationship is unclear from the video) pulls him from the arm, forcing him onto Soarin’ Over California. “I’m not gonna do it!” and “I’m afraid of heights!” are some phrases we can understand between the kid’s cries and screams as they both enter the attraction’s showroom, with the parental figure pulling the kid by the arm.

As they both get to their assigned seats on the attraction, the kid keeps pulling away, screaming, “You can’t make me! Let go of me!” The parental figure tries to calm the kid one last time before standing up and exiting the attraction with the kid in front of shocked Guests and Cast Members.

The original video was posted by Brian Sterowski on their YouTube channel on February 7, 2012, and has gathered over 655,033 views, 4.6K likes and 1.4K comments since it was posted.

Reactions to the video, both on Twitter and YouTube, take the kid’s side, saying that the parental figure should not have tried to force him onto the attraction, especially if the kid was afraid of heights, and many viewers commented how they hate witnessing similar scenarios on other attractions like Space Mountain.

This experience was terrible for the kid, his family, and the Guests and Cast Members that witnessed the incident. Unfortunately, situations like this are not uncommon at Disneyland, with kids throwing fits for whatever reason or Guests causing a massive fuss over simple situations.

More on Soarin’ at Disneyland

Soarin’ is one of the most popular attractions at Disneyland Resort. Located in Grizzly Peak at Disney California Adventure, this beloved attraction has two variants.

Most of the time, when visiting Disney California Adventure, Guests can enjoy Soarin’ Around the World, feeling the wind in their face during an airborne hang-gliding flight over the world’s wonders.

Ride the Sky
Your journey begins as the clouds part above the majestic Swiss Alps, revealing a familiar sight to Disneyland fans. Next, you’ll visit polar bears in icy Greenland, swoop past sailboats on Australia’s iconic Sydney Harbour and weave between elephants marching toward Mount Kilimanjaro.

However, this ride initially opened as Soarin’ Over California, with a film lasting about four minutes and 51 seconds, taking Guests on a simulated hang glider tour of California. Scents like citrus, pine, sagebrush, and ocean mist fill the air as the ride vehicles move gently to simulate the sensation of flying over several landscapes and locations of California. The sites visited on this version are:

This version still returns to Disneyland during special events, like the Food & Wine Festival, which recently took place at Disney California Adventure Park.

What do you think of this incident? Let us hear your thoughts in the comments below!