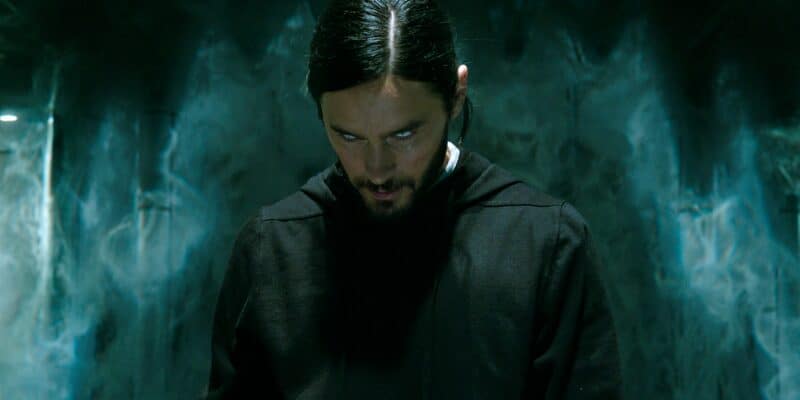 Jared Leto shocks fans by posting a video with a new script for Morbius 2.

It wasn’t that long ago when fans had the opportunity to watch Sony’s latest movie, Morbius. Despite tanking at the box office, Leto’s Morbius (2022) managed to be a meme sensation on the internet leading to thousands of people jokingly talking about how great the movie is.

This led to a Twitch stream having Morbius be played nonstop for days until it was conveniently taken down after the stream had been going for a few days and had around 10k viewers. Sony caught wind of the talk around Morbius and has even rereleased the movie to select theaters hoping it will do better this time around.

Jokes aside, Leto posted a video of him with the new script for the movie as he tries to hide it from the camera:

What time is it?

What time is it? pic.twitter.com/IuWR72WCc9

While this is obviously a joke, it’s quite hilarious that Leto has joined fans in making fun of the movie. Just because the sequel hasn’t been confirmed just yet, fans are concerned that the memes and jokes about the movie will lead to Sony greenlighting a sequel and bringing Leto back once again as the Living Vampire.

Fans weren’t too happy with the first movie teasing both Andrew Garfield and Tobey Maguire’s Spider-Man, and both of them were cut from the movie. The movie also took Michael Keaton’s Vulture out of the MCU just so that Sony could use the villain in a future Sinister Six movie.

Sony is going all-in on making spin-offs like Madame Web and Kraven the Hunter. Fans are worried about the movies after seeing Morbius and feeling that the studios are just making nonsense for a quick cash grab especially since they are making a movie about El Muerto, a villain who has only appeared in one issue.

Do you think Jared Leto’s Morbius will officially get a sequel soon?

Comments Off on Jared Leto Gives Fans What They Want, Shows First Look Of His Next Marvel Movie