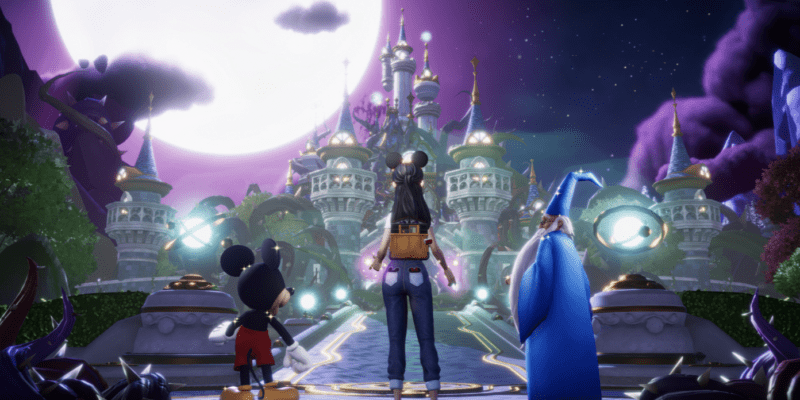 On October 24, 2005, Disney and New Horizon Interactive launched Club Penguin, a massively multiplayer online roleplaying game (MMORPG) in which players created penguin avatars and traversed a virtual world. Club Penguin shut down its servers on March 30, 2017. The game was replaced Club Penguin Island, which was discontinued in 2018.

Fans of Club Penguin were devastated by the online game’s demise, and even tried to remake it at one point. Now, Disney is trying its hand a life-sim game again, this time in the form of an upcoming game called Dreamlight Valley. The official description of the project reads:

Disney Dreamlight Valley is a hybrid between a life-sim and an adventure game rich with quests, exploration, and engaging activities featuring Disney and Pixar friends, both old and new.

Once an idyllic land, Dreamlight Valley was a place where Disney and Pixar characters lived in harmony—until the Forgetting. Night Thorns grew across the land and severed the wonderful memories tied to this magical place. With nowhere else to go, the hopeless inhabitants of Dreamlight Valley retreated behind locked doors in the Dream Castle.

Now it’s up to you to discover the stories of this world and bring the magic back to Dreamlight Valley!

Starting on September 6, 2022, Disney Dreamlight Valley will be available in Early Access for players who purchase a Founder’s Pack or have an Xbox Game Pass membership ahead of the game’s free-to-play launch in 2023.

The new game is a collaboration between Disney and Gameloft, who has previously created games like Disney’s Magic Kingdoms.

While the new project features a number of popular Disney and PIXAR characters, including Rapunzel, Anna and Elsa, Mickey Mouse, Minnie Mouse, Goofy, WALL-E, Remy, Ursula, and more, some fans are reticent about the new Disney video game.

One social media user wrote, “Disney ran club penguin into the ground and I have zero doubts they will do the same here. Also, this is made by Gameloft, so it’s definitely just more mobile garbage.”

The majority of fans who have expressed sentiments online so far share this opinion — and have agreed that Gameloft might not be the ideal developer for Disney to choose.

Comments like, “It’s developed by Gameloft. It’ll be monetized to h***. Avoid and stay far, far away,” abound on online forums.

Some gamers, however, are more hopeful, with one poster sharing:

Honestly I haven’t really heard of this game before now. I always thought if Disney put some actual effort (and dosh) toward a major game title we might see something substantial.

I’m a fan of the life-sim games mentioned in the article so there’s a natural draw to this… but I don’t consider myself a “Disney adult”.

So we’ll see if they can capture a casual fan within the demographic they’re shooting for.

Related: Bored in Self Isolation? Make These Classic Disney Video Games Your Sidequest

For now, fans will just have to wait until Disney Dreamlight Valley releases to the public in 2023 to see exactly how gameplay works.

What do you think? Will Dreamlight Valley go the way of Club Penguin?

Comments Off on Disney Fans Fear New Project Will Follow Club Penguin, “Run Into the Ground”