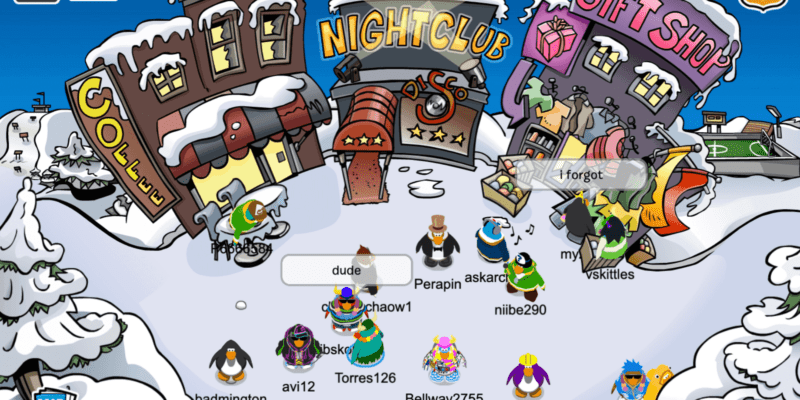 Club Penguin was a popular multiplayer online game from Disney that allowed fans to visit a virtual world and play as penguins. Within the game, players could participate in mini-games and online events in this virtual social hub.

It was advertised on Disney Channel and found extreme success in the mid-2000s; however, Club Penguin soon became forgotten because its original target audience was getting older. Because of this, the game officially shut down in 2018.

Related: Could Club Penguin Return? Sign This Petition To Help

When Club Penguin shut down in 2018, a group of die-hard fans decided to recreate the game so it could live on. The new game was called Club Penguin Rewritten.

Over the years, Club Penguin Rewritten became popular amongst fans, but it is now coming to an end as the London police is shutting it down due to copyright reasons. If you try to visit the game, you will come across a giant black screen that states the site has been taken over by “Operation Creative, Police Intellectual Property Crime Unit (PIPCU)”.

The Police Intellectual Property Crime Unit at the City of London Police released a statement o Club Penguin Mountains regarding the matter, stating:

Following a complaint under copyright law, PIPCU have seized a gaming website as part of an ongoing investigation into the site.

Three people were arrested on April 12 on suspicion of distributing materials infringing copyright and searches were carried out.

They have been released under investigation and to aid with the police investigation, they agreed to sign over the website to the control of PIPCU.

What do you think about Club Penguin Rewritten getting shut down by police? Did you play the remake of Club Penguin? Let us know in the comments below.