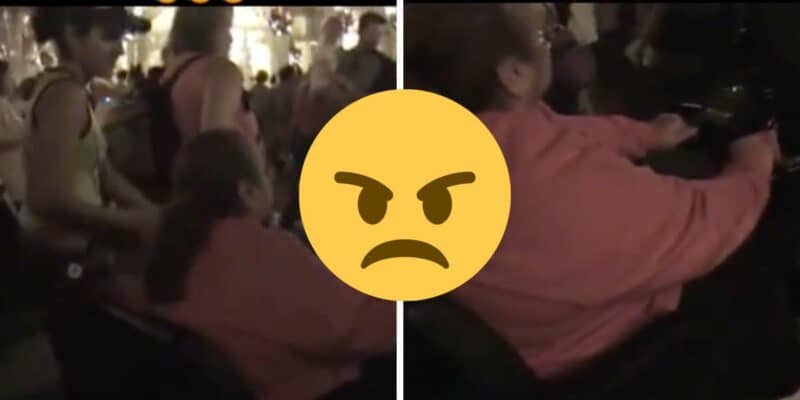 Not long ago, Inside the Magic reported on a Guest claiming their foot was run over by a scooter as other Guests were rushing into Disneyland Park in Southern California.

Now, in another video posted to TikTok, we can see a Disney World Guest, who is in a scooter, practically running others over as she laid on the horn.

One evening as everyone was leaving Magic Kingdom at Walt Disney World, more than likely after the fireworks show ended due to the amount of people exiting the theme park, a Guest in a scooter was getting impatient and decided to lay on the horn as she moved down Main Street, U.S.A. The Guest was also seen practically running other Guests over as they were clearly in a rush to leave the theme park.

Have you ever been honked at while at Disney? Cred franclin0 #magickingdom #disney #disneyland #epcot #disneyworld #disneytiktok #scooter

Have you ever been honked at while at Disney? Cred franclin0 #magickingdom #disney #disneyland #epcot #disneyworld #disneytiktok #scooter

There’s literally no traffic jam? Lol everyone is moving in the same direction, albeit slowly

Jeanine, another Disney fan, commented on the video:

I hope she was eventually told to knock it off.

Although we are continuing to fight the ongoing COVID-19 pandemic, crowds are pouring into the theme parks at Walt Disney World. We have reported on long lines and high crowd levels, although we want to note Disney CFO Christine McCarthy stated recently that Park’s capacity would never return to normal as they are “managing things differently now”. This sparked quite the conversation amongst Disney fans as many can’t imagine what “full capacity” would look like considering how packed the Parks are now.

Please be kind to others and try to be patient as Disney continues to operate during the ongoing pandemic.