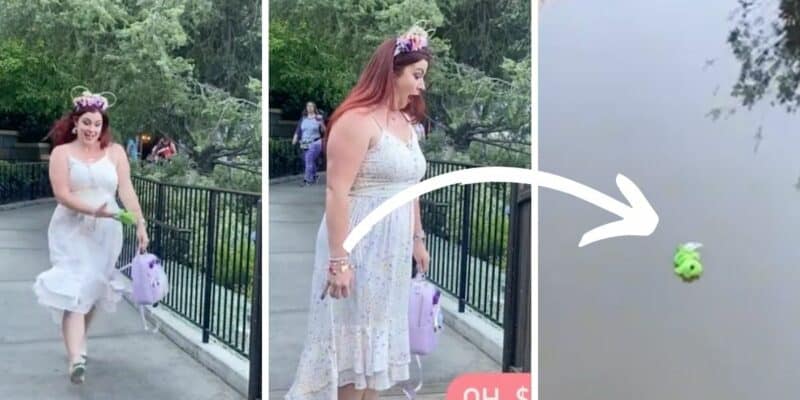 TikTok has quickly become the latest social media phenomenon and remains one of the fastest apps growing in the world. In a recent event, one Disneyland Guest made a huge mistake when filming, resulting in her losing her Pascal stuffed animal in the water.

Related: Disney Parks Shares Its Most Viral TikTok For 2021

Disneyland Guest and TikToker, disneytricksandtreats, was seen skipping in the theme park Disneybounding as Rapunzel from Disney’s animated film, Tangled. As she was skipping, we can see her accidentally let go of her Pascal stuffed animal, which was then flung right into the water.

Luckily, a Disneyland Cast Member came to the rescue and was able to retrieve Pascal out of the water!

You can watch the TikTok video below or by clicking here.

While this TikTok was made in good fun, we have seen other Disney World Guests do unexpected activities for TikTok, which were not as lighthearted — including jumping out of a moving vehicle on Living With the Land in an attempt to steal a cucumber. Please remember, Disney has strict rules and regulations in place to protect Guests, Cast Members, and the integrity of their parks.

If you want to visit Disneyland Resort on your next vacation, let the expert team at Academy Travel help you plan your next magical vacation. You won’t want to miss everything the Parks — Disneyland Park and Disney California Adventure — and the Downtown Disney shopping and dining district has to offer!