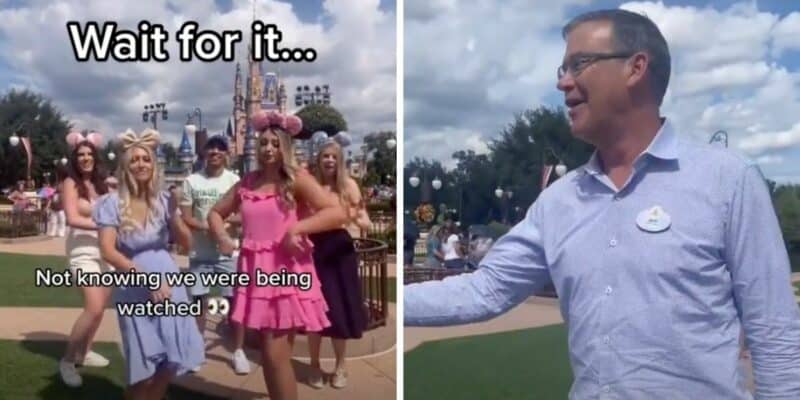 Both Images: Credit Screenshot via @kaitkillebrew

Disney fans have formed a community on TikTok to connect and share their passion with others just like them. From filming Disney secrets to TikTok dances inside the theme parks, the Disney TikTok community has brought so many together.

Well, as a group of TikTokers were filming on the hub grass at Magic Kingdom on the 50th anniversary, little did they know they were being watched by someone they never expected — the Walt Disney World President!

A group of TikTokers were filming a video on the hub grass in front of Cinderella Castle. When they finished, they suddenly heard someone applauding and much to their surprise, it was Jeff Vahle, President of Walt Disney World Resort!

After the initial shock wore off, the TikTokers had a wonderful conversation with Vahle, where they told him they all actually met via TikTok and explained how big of a Disney community and presence there is on the social media platform.

Did you spot Jeff Vahle in the theme parks recently? Let us know in the comments below.