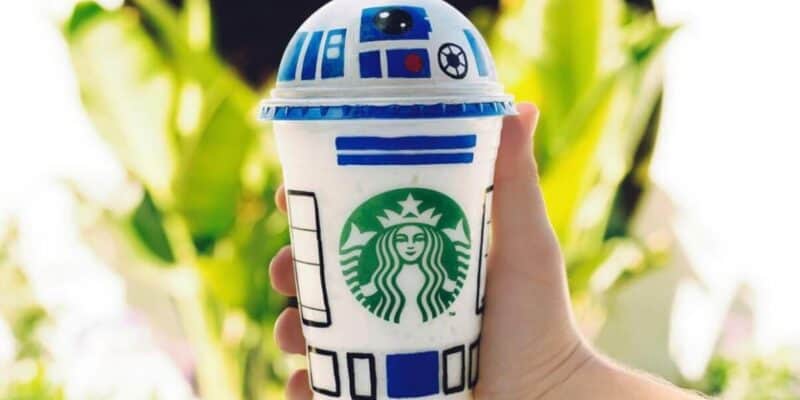 If you’re a Disney Parks lover and a Starbucks fan — and the two overlap more often than not, it seems — you will soon find yourself paying more for your favorite latte to drink as you stroll down Main Street, U.S.A. at Walt Disney World Resort or Disneyland Resort.

When Starbucks began its partnership with Disney — the first Disney Parks Starbucks location opened at Disneyland Paris’s Disney Village district in 2009 — it was truly a match made in heaven (or maybe Orlando by way of Seattle) — for Disney fans.

Disney World and Starbucks even share the same inaugural year, 1971.

Now, an innocent question about whether or not the coffee giant will deliver to onsite Walt Disney World Resort hotel rooms has sparked a vicious coffee debate on social media.

My mum read a tip that you can get Starbucks delivered to your hotel room on disney property.

I am sure it’s likely a take out app like uber eats or something along those lines. If anyone has done this please tell me the app name lol

Another commenter, u/Terrible_Tutor, also provided some actual advice to the OP:

I like to just wait out at the entrance so they doing have to leave their car.

The only issue i has was trying to get Jambo house into instacart. When you save the address it like strips out W(west) from the address and it geolocates to miles away. Luckily had some drivers who understood the issue.

Things quickly devolved, however, when u/NyxPetalSpike began ranting about all things Starbucks in a lenghty post:

Starbucks is the only “fast food coffee shop”, that if you order decafe you’ll get decafe. I might not get delivery, but I get coffee/tea there.

IF you get delivery, get a drink like a refresher or anything with ice in it. Fraps will not make it if the driver is a nitwit, and neither will lattes. If you like hot coffee screaming hot, it might not be for you. Too many driver variables.

I mobile order and have found out Fraps have the life span of a May Fly. Lol

I have a spendy grinder and five different brew methods at home. I don’t lack for primo tasting coffee. Starbucks iced teas are lovely. I buy those, and they would survive a less than optimal delivery.

My sister screeches about the horrors of all things Starbucks. She makes coffee in a never cleaned Mr Coffee maker, and thinks gas station coffee is good. It’s trendy to bag on Starbucks.

Starbucks is way too spendy now for me to go all the time. But if you want a lovely herbal iced tea to start your day, and have it delivered, why not?

People will blow $10K on a WDW and squawk about a delivery surcharge and expense coffee. I find that amusing.

u/Underbadger also weighed in with a vicious opinion of Starbucks’ beverages vs. the drinks made by Disney’s official coffee partner, Joffrey’s Coffee & Tea:

It’s extremely mediocre, burnt-tasting coffee. But when most people say “Starbucks coffee”, they don’t mean brewed coffee, they’re thinking of something like a caramel latte or a big sugary Frappuccino. Starbucks has also sort of ingrained the idea that quality coffee should have that over-roasted kinda-burnt flavor that the Joffrey’s roasts don’t have.

Finally, the original poster added the following to the thread, hoping to quell any further debate among Disney Parks enthusiasts:

EDIT: Thanks for the answers guys. Looks like it’s not a viable option given driver variables etc. I didn’t mean to start a debate on whether Starbucks is good coffee or not. I simply like the flavour of Starbucks coffee like others do, and some prefer Joffrey’s.

No one can say what we should or shouldn’t like it’s down to us to make our own opinions.

Do you prefer Starbucks or Joffrey’s coffee during your Disney vacations?