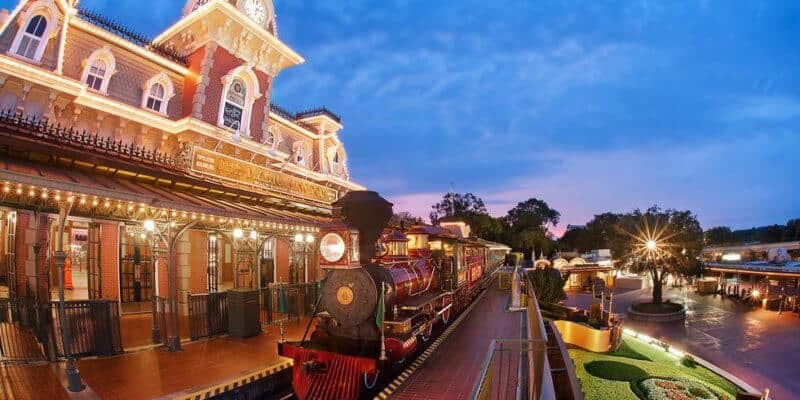 Magic Kingdom is undergoing several projects leaving fans questioning when they will be finished.

With so many rides and attractions at Walt Disney World, it’s hard to pick a favorite. From the thrilling Space Mountain, classic Splash Mountain and iconic “it’s a small world” Disney World is truly a magical place filled with fan-favorite attractions.

Tomorrowland at the Magic Kingdom is filled with great attractions like Space Mountain and the iconic Peoplemover, but the land was missing a true “thrill ride”. Ever since Walt Disney World Resort’s TRON coaster, officially called TRON Lightcycle Run, was announced on July 15, 2017 at the D23 Expo in Anaheim, California, fans have been left excitedly awaiting any news regarding the thrill ride.

The ride originally opened in the Shanghai Disneyland Resort and is now slowly but steadily making its way to the sunshine state. The process of bringing the ride to Disney World has been a long and seemingly endless journey, with the project being announced close to five years ago.

In the past few months, we have seen glimpses of the ongoing construction as riders on the Tomorroaldn Peoplemover have been riding along the perimeter of TRON for years Another giant aspect of this project is the Walt Disney World Railroad still being closed.

The Walt Disney World Railroad, one of the most-beloved attractions shut down in December of 2018, still with no confirmed date on its return.

A post shared on Reddit highlighted the construction of both TRON and the work being done on the railroad. See the post below shared by u/stitchlover:

View of the construction progress on Tron (photo taken today, 5/17)

View of the construction progress on Tron (photo taken today, 5/17) from WaltDisneyWorld

Many users discussed their excitement about the upcoming TRON coaster but just as many talked about the Walt Disney World Railroad. One user said, “Looks like they are getting pretty close to laying down train tracks, sod, and landscaping.” Another said, “I’m more looking forward to being able to ride the train again than I am about riding Tron.”

Another user called the project a, “Neverending build…”. Another thought the project’s extended timeline may have something to do with Guardians of the Galaxy: Cosmic Rewind, EPCOT’s newest ride, “This looks a way off…but I guess landscaping comes together fast? Do you think the delay is marketing-related? They don’t want TWO big rides launching close to each other (Guardians of Galaxy being the other). So I suspect this won’t launch until fall/spring next year – ready for a big new marketing push.”

One user said, “I feel like this has been going on for years. There was talk of it when I was planning my last trip, I even wondered if it would be completed, then I came and went, and it’s still a shell!”

We recently saw the TRON coaster up and running so we can only hope that opening day is just around the corner!

We have also seen Disney lay new tracks for the train, but it seems fans of the attraction will have to continue to be patient for its return as there is still work to be done!

Near the entrance to the park on Main Street, U.S.A.
The Frontierland station
The Fantasyland station
Walt’s Lifelong Passion
A noted train enthusiast, Walt Disney built his very first railroad in his backyard. The Carolwood Pacific Railroad, a 1/8-scale train, debuted in 1950 and featured a custom-built, steam powered locomotive that encircled his property.

Are you more excited about TRON opening or the Railroad returning?