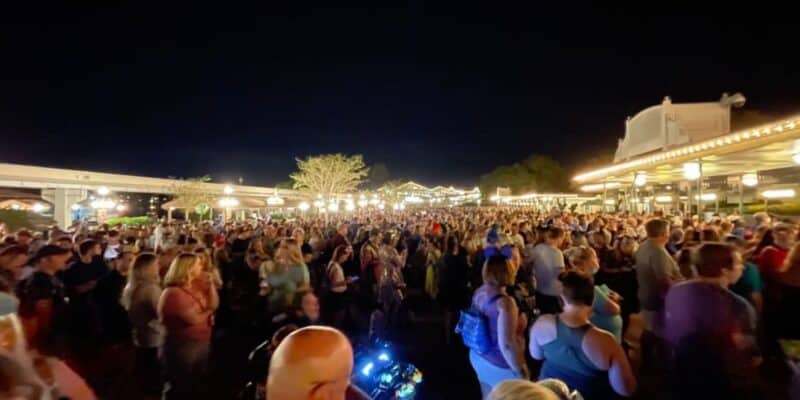 Walt Disney World Resort is home to some of the most magical experiences on earth.

Whether you’re visiting Magic Kingdom, Disney’s Animal Kingdom, EPCOT, or Disney’s Hollywood Studios, there are many incredible rides and attractions that will leave you feeling like you’re immersed in the magic.

However, one of the most difficult parts of planning a trip to the Disney Parks is knowing when to go to “beat the crowds.”

There once was a time at Walt Disney World Resort that many Guests referred to as the “slow season.” This typically took place in January following the holidays and into a portion of February, excluding President’s Day Weekend, before the spring break crowds would arrive. From the spring through much of the summer, the Disney Parks would be busy until getting an ever-so-slight slight break in the fall before ramping back up again for the Holiday season.

However, many have begun to notice that no matter what time of year they go now, it seems that the crowds are present in a big way.

TikTok user @peaceinmagic recently posted a video where we can see crowds gathered for a parade at Magic Kingdom. While the area they are sitting in is without people, it’s clear that the crowds were present and the user claims that Disney “doesn’t have a slow season anymore.”

While there have been times where crowds seem sparse, the overarching theme from Disney Guests has been that more times than not, crowds have been at high levels.

Inside the Magic was recently in the Disney Parks and can confirm that wait times were skyrocketing and that crowds were still very much prevalent, even if January has been considered a slower season in the past. Lines to just grab a bite to eat at the current EPCOT Festival of the Arts have been normalized to be upwards of 20 minutes, in our recent experience.

If you’re visiting the Disney Parks in the recent future, there are many incredible attractions to enjoy like Pirates of the Caribbean, “it’s a small world,” Haunted Mansion, Space Mountain, Tomorrow Land Transit Authority People Mover, Jungle Cruise, Big Thunder Mountain Railroad, and many more at Magic Kingdom; Star Wars: Rise of the Resistance, Mickey & Minnie’s Runaway Railway, Toy Story Mania!, Star Tours: The Adventures Continue, Twilight Zone Tower of Terror, and many more at Disney’s Hollywood Studios; Kilimanjaro Safaris, Kali River Rapids, Avatar: Flight of Passage, It’s Tough To Be A Bug!, and many more at Disney’s Animal Kingdom, and attractions like Remy’s Ratatouille Adventure, Soarin’ Around The World, Living with the Land, Journey Into Imagination with Figment, Frozen Ever After, Test Track, and many others at EPCOT.

When do you think is the best time to visit Disney World? Let us know in the comments.