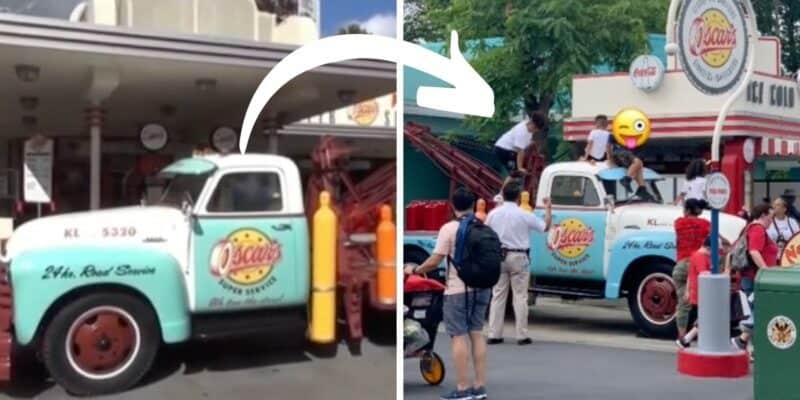 When Guests first walk into the Park, they are greeted with iconic Hollywood-themed props, including a vintage tow truck, outside of Oscar’s Super Service.

Oscar’s Super Service is located at the main entrance of Disney’s Hollywood Studios, just to the right as you walk through the gates. It is themed to fit into the 1940s and resembles a gas station, but is really a small shop that features snacks, select merchandise and the wheelchair and ECV rentals.

Related: Universal Calls Out Guest For Breaking Rules on Attraction

One time, Guests witnessed children climbing the Oscar’s tow truck as if it were a playground. The incident was caught on video and shared to social media by TikTok user @_disney._stuff_ , which you can view below or by clicking here.

It is unclear as to when this incident exactly occurred, or what happened to the Guests in this video, but it is important to note that they were clearly breaking the rules.

Disney has rules and regulations in place for the safety of both the Guests and Cast Members. By climbing on this structure, these kids were breaking the rules, which could have led to an escort from the Park, however, as we mentioned before, it is unclear what the consequences were for this family.