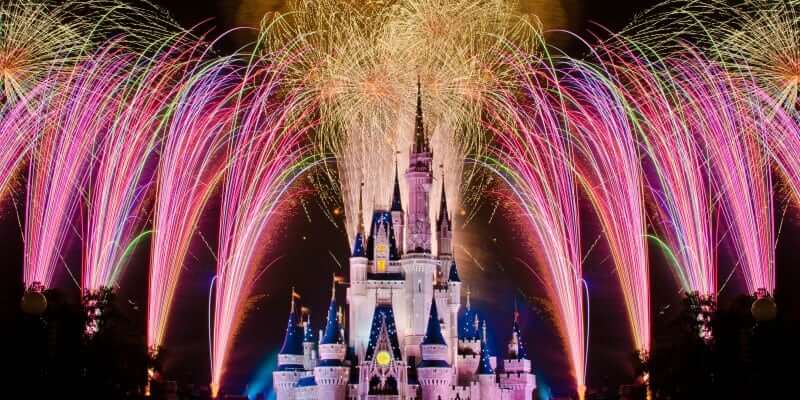 Disney just brought back two of its most beloved shows.

While Guest demand for the Disney Parks seems to be at its height, it is important to remember those people that make Disney Park operations run smoothly every day. This is exactly why Magic Kingdom closed early today, offering Cast Members their own celebration in the Park free from their normal duties of catering to Guests.

The Park will also be closing early on May 15 for the same reason which we covered here. These events mark various achievements and milestones for the Mouse House’s employees. Disney Enchantment will not be shown on these nights while Disney World celebrates and thanks to its Cast Members.

However, Disney did provide some very interesting nighttime entertainment for Cast Members in attendance, bringing back two of the Resort’s most iconic shows. See the mini-performance in a tweet from Reporter Scott Gustin (@ScottGustin) below:

During the Cast Member celebration at Magic Kingdom tonight, CMs were shown a tribute to Wishes and Happily Ever After before Enchantment. Almost felt like a perfect 50th tribute that could be shown nightly before Enchantment, right? Right?!

During the Cast Member celebration at Magic Kingdom tonight, CMs were shown a tribute to Wishes and Happily Ever After before Enchantment.

Almost felt like a perfect 50th tribute that could be shown nightly before Enchantment, right? Right?!pic.twitter.com/xY5sOzg2vK

This is not the first time Disney has teased these two beloved shows, with the Resort blasting music from both late at night a few months ago.

On May 11, 2017, Walt Disney World Resort ended its run with the fan-favorite Cinderella Castle show, Wishes, at Magic Kingdom. The show’s ending brought many to tears as so many Disney fans were deeply connected to the music and spectacle that brought them into the magic. Uncertain, Guests crowded Magic Kingdom on May 12, 2017, to see Happily Ever After debut. Like Wishes, the show ended up beloved by many.

For the 50th anniversary celebrations, Disney decided to end its run of Happily Ever After and introduce Disney Enchantment, an all-new firework show that would project onto Main Street, U.S.A., much like we have seen with Disneyland Resort with shows such as Disneyland Forever.

Disney Enchantment has opened to mixed reviews, with some Guests loving it, and others suggesting that it does not live up to its predecessor. In my opinion, Enchantment is an interesting blend of the first two shows. The heavy instrumental tracks and slight firework nods lean me to think of Wishes, while the vocal tracks are an interesting spin on Happily Ever After as the songs are now covers and not the voices we are used to, from the films.

As stated in the tweet linked above, some may think the tributes to Happily Ever After and Wishes would make a better 50th Anniversary celebration.

Enchantment is not the only struggle Disney has faced in regards to live entertainment, with EPCOT’s Harmonious also receiving a lot of negative reception. Unfortunately for fans who love Happily Ever After and Wishes, Disney has not hinted at either of these shows officially making a comeback, but we would be more than excited to see them return in the future!

Do you miss Happily Ever After and Wishes?