Guests Not Happy With Disney's "Grotesque" New Show - Inside the Magic 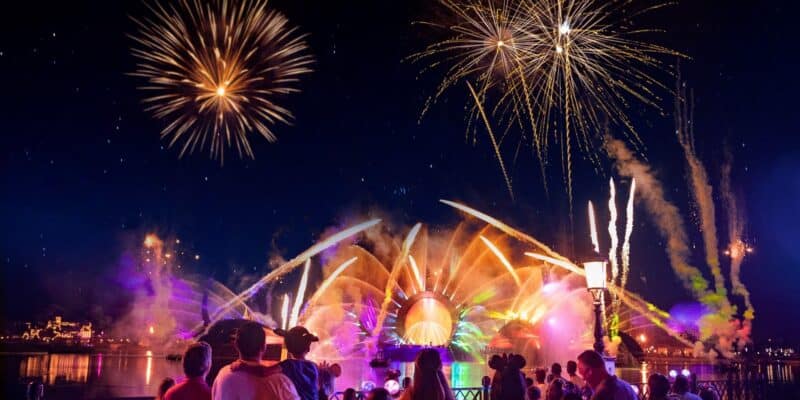 Apparently, not everything is so magical to some Disney World fans.

At Disney World, Guests have so many choices when it comes to live entertainment. From actual plays like Beauty and the Beast at Disney’s Hollywood Studios to firework shows at the Magic Kingdom. Guests looking for some magical Disney entertainment are certainly in luck.

At EPCOT, this is also true as a brand new show recently took over the World Showcase Lagoon in the form of Harmonious. However, since the addition of this show, some fans have expressed their distaste and disappointment with the show.

This is exemplified in a Reddit post, one passionate Disney World fan discussed their thoughts and opinions on this very show. That statement reads:

Had a perfectly centered spot too, I can’t imagine what the show is like from the sides.

I don’t really get it, it was just clips of Disney shows and some lights.

The massive barges are almost grotesque with big mechanical arms. They are not graceful or pretty. The rest is screens.

Rivers of light was essentially the same thing but with much prettier, moving barges.

I’m sorry if this comes off as overly negative, but honestly what the heck was that.

In the comments, tons of users brought up Illuminations, the previous nighttime show at EPCOT. Most of the commentators labeled this show as a “masterpiece” and were sad that it was replaced. One user plainly stated, “I just wish Disney would realize that having more screens does not equal more magic”. One user called the show “an eyesore”. Another commenter agreed, saying that all of the equipment in the middle of the water ruins the look and feel of World Showcase.

One user said they felt like Disney has gotten stingy with its live entertainment as it seems like there are less and fewer fireworks and more and more screens. Another user acknowledged how poor this show is while still accepting the fact that it’s at least “better than Enchantment”.

This is far from the first time we have seen backlash and controversy surrounding a new Disney World show. At the very beginning of the show, fans were torn on the new look as well as hated the fact that part of the show obstructed the view across the World Showcase Lagoon.

Harmonious soft-opened to Guests on September 29, 2021, and debuted officially on October 1, 2021 for Disney World’s 50th anniversary and EPCOT’s birthday. The show, though is bringing in some mixed reviews, truly is nothing like anyone has ever seen before as it includes pyrotechnics, lighting, fountains, and music all working together to create harmony within the theme park.

What do you think of this new show?