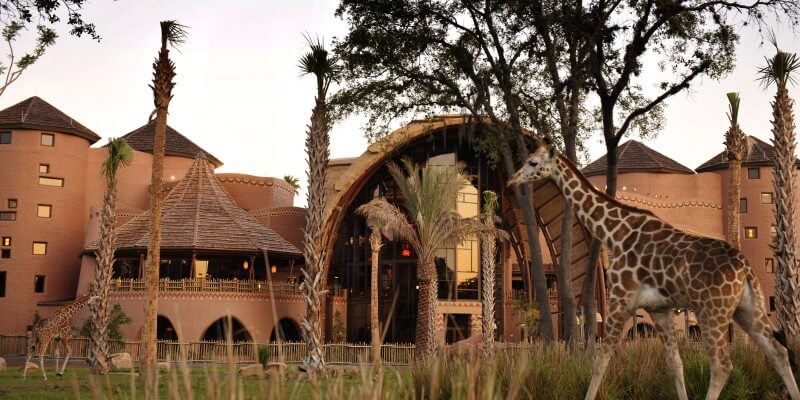 A few Disney World Guests recently had a disappointing experience with one of the Resort’s most beloved hotels.

The Walt Disney World Resort has over 25 different hotels for Guests to choose from, ranging from value-priced rooms to incredibly-elegant and luxurious suites. A few of the most famous hotels would include Disney’s Grand Floridian Resort & Spa, Disney’s Contemporary Resort as well as Disney’s Polynesian Village Resort.

While usually amazing, sometimes Guests report some disappointing experiences with Disney hotel rooms, and recently, one troubled Guest shared their situation with is regarding another beloved Disney hotel.

Ashley G. shared the unfortunate experience they had with Disney’s Animal Kingdom Lodge with us; see the Guest’s full statement below:

I have a question for the Disney World pros. We are staying at Animal Kingdom Lodge for the first time (First time renting DVC points) and I’m wondering if I’m just being difficult to please. We checked in yesterday and our room smelled horribly of mold and mildew. The air was heavy with it. We opened the sliding glass door to air out the room and unpacked because we didn’t want to complain. The mold/mildew smell was so strong that it triggered my asthma during the night and we woke up to the floor in the kitchenette covered in water from the fridge leaking.

We finally told the front desk and they decided to move us to a new room. We missed our early park entry so we could pack up and leave our luggage at the Bell Desk. We were told our luggage would be in our new room when we got back at the end of the day. Jump forward to 10:00 tonight and we get to our new room and our luggage is not there and our room is dirty. Is this standard for DVC and Deluxe resorts? Are my expectations too high? I don’t want to be the person who complains about everything.

The Guest also shared a few pictures below to go along with the post:

As you can see, one of the doorways is fairly scratched and damaged over years of usage. One of the doorways also had a sticker stuck to it, presumably from a previous Guest, and was not cleaned up. The Guest claims that upon entering the room, they were struck with a moldy smell that triggered their asthma.

They also claim they woke up to the entire floor flooded as the refrigerator had been leaking. To make matters worse, they contacted the front desk about their issue and got a new room only to find that it was also dirty. The Guest shared an update that reads:

UPDATE: We spoke with the front desk this morning and they sent a manager to our room before we left for the parks for the day. We showed him the areas of concern and explained that we were on our second room. He was very kind and apologetic and offered to credit us $200 to cover our dinner at Hollywood & Vine and have our room completely cleaned including new linens and even offered to swap out the fridge because he noticed it was missing shelves. (We weren’t worried about that since we were just happy it wasn’t leaking.)

We just got back to the room and the 3 specific spots we showed the manager were mostly cleaned, but the room wasn’t vacuumed, the bedding wasn’t changed, and the fridge still doesn’t have shelves…so I’m assuming nothing beyond the specific spots we complained about were touched. We’re extremely disappointed.

Related: Disney Claims Florida Bill Is Illegal, Says There’s “Nothing To Worry About”

Unfortunately, this is where the story ends for Ashley G., so we do not know if the situation was ever resolved with management. Disney hotels are typically kept very clean, so this is surprising, to say the least. Thankfully, the Guests were at least offered a $200 dining credit which they used at Disney’s Hollywood Studios. We remind all Disney World Guests to discuss any issues they have with the front desk, as Disney Cast Members are more than happy to assist you in your troubles.

Step into the heart of Africa at this magnificent Resort hotel. Inspired by the traditional African kraal, the horseshoe-curved design provides spectacular views of 4 lush savannas that over 200 hoofed animals and birds call home. Delight in dazzling pool areas, exciting animal programs and one of the largest collections of African art in the United States as you experience your own African safari adventure with a touch of Disney magic.

Escape to an 11,000-square-foot pool with an exciting waterslide and gently sloping, zero-depth entry point similar to that of a natural watering hole. Surrounded by large canopy trees and Floridian palms, Uzima Pool includes a children’s wading pool and 2 whirlpool spas.

Discover over 30 species of African wildlife, including zebras, giraffes, gazelles, kudu and flamingos. Identify each species with a Wildlife Field Guide (found in your Guest Room, with extras available from the Lobby Concierge), and learn more about African animals and ecosystems during fun programs led by Animal Specialists.

Have you ever had a disappointing experience with a Disney hotel?