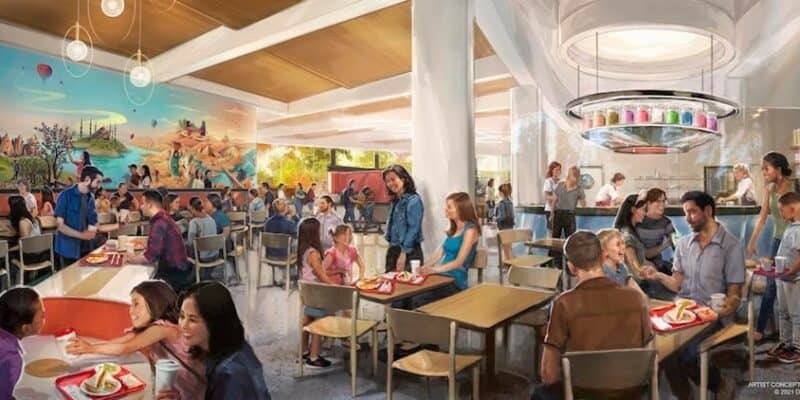 A very exciting new cafe (and eatery) is now officially open at the Walt Disney World Resort, and you should definitely check it out!

Related: Disney Claims Florida Bill Is Illegal, Says There’s “Nothing To Worry About”

There is so much to look forward to at the Walt Disney World Resort this year. From new and exciting rides like Guardians of the Galaxy: Cosmic Rewind to the hopeful 2022 release of the new TRON roller coaster in the Magic Kingdom, thrill-seekers will have some exciting new attractions to conquer very soon. Rides aren’t the only new thing coming to the Disney Parks in Florida; however, several new restaurants, shows, and projects are also coming along.

This is especially prevalent in EPCOT, where the Park is undergoing a massive transformation currently. One of the first new additions to this project will be opening soon in the form of Connections Cafe & Eatery, with some Guests being let in early to try it out last week.

Now, the new restaurant is finally open for all Guests to enjoy.

Today, Wednesday the 27th of April, Connections Cafe & Eatery officially opened at EPCOT in the Walt Disney World Resort, and we couldn’t be more excited. The menu looks delicious, and the atmosphere of the new space is incredible.

Take your taste buds on a tour around the world with dishes inspired by Italian, French and Asian cuisines.

At Connections Eatery, we invite you to savor delicious dishes with family, friends and everyone in between––you can even catch a glimpse of the chefs as they work their magic.Highlights include:

EPCOT is the epicenter of Walt Disney’s vision for tomorrow. Check out Spaceship Earth and then head over for some thrills on Mission: SPACE and Test Track. Enjoy the World Showcase and enjoy some incredible rides on Frozen Ever After, Gran Fiesta Tour Starring The Three Caballeros, and Remy’Ratatouille Adventure. Stop into the Imagination Institute to catch up with Figment in Journey Into Imagination and then hit both Soarin’ Over The World and Living with the Land inside The Land Pavillion. Stop in to see Nemo & friends, and then relax and enjoy the Disney & Pixar Short Film Festival. Also, don’t forget to check out the all-new nighttime spectacular, Harmonious, which is playing every night at EPCOT.

Will you be visiting this new restaurant soon?