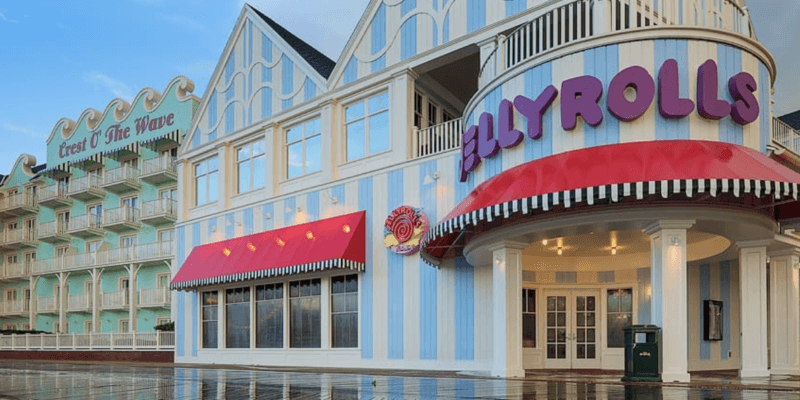 It seems that inflated costs at Disney will be something Guests must get used to over time, as we continue to see the costs for different offerings rise.

Although Disney did see some rough patches, the company’s CEO Bob Chapek noted that the theme parks had their second most profitable quarter, which shows that the company is definitely on the upswing. Now that hotel rooms are tougher to find, the 50th anniversary is being celebrated, and shows like World of Color, Fantasmic!, Disneyland Forever, and the Main Street Electrical Parade returning, the desire to visit a Disney Park will only continue to increase, especially after so many Guests have had to put off trips.

The question of inflating prices and cutting costs for Disney’s bottom line has been asked, and it seemed that Disney already had a plan and an answer on how to do this. As we had reported:

As one may imagine, the idea of reducing food costs for Guests who are paying high prices on vacation and trying to spin that as a positive is not something that is easily done, or something that would go over well. Many become frustrated at the idea that Disney would cut food portions while charging more, while some Guests took the comment as fat-shaming to their Guests. Disney did not note when this would begin but it seems that some have already claimed portion sizes being reduced.

We are starting to notice a price difference in multiple items at Walt Disney World Resort. The Mickey Premium Bar and Mickey’s Premium Ice Cream Sandwich are two iconic snacks that Guests can purchase at most Disney locations. Now, it seems that depending on what location you are at, you may see a price increase. Some locations have increased in price from $5.69 to $5.99. This is just one example of many food items that have seen a price increase.

Now, another Disney property location has raised their cost. Jellyrolls is a piano bar at Disney’s BoardWalk Resort, and it is highly beloved by many. For those looking to drink and dance around while singing along to live music, Jellyrolls is the answer. Although the bar is a popular spot, things may have been taken too far.

From Monday – Thursday, Guest admission has now raised to $18.00 from the previous $15.00. Although this increase is only by $3.00, charging nearly $20.00 to just walk into a bar is quite high, and may have some Guests choosing to visit Disney Springs where they can also find live entertainment at no cost. Jellyrolls is open from 7:00 p.m. to 1:45 a.m. every night and is only valid for Guests 21 years old, or older.

Disney describes the location as:

A Grand Good Time
Raise a glass as you enjoy the musical stylings of a pair of piano prodigies. No request is too obscure. These musical maestros can play anything. Well, almost anything. Go ahead—try to stump them!

Take your seat in front of a stage featuring twin baby grand pianos—and enjoy the show. The players take turns dazzling the audience with their showmanship and easy rapport. It’s a great time all around!

Know Before You Go
Jellyrolls is a popular nightspot in the Orlando area and fills up fast, so arrive early to get a table.

Jellyrolls serves Guests 21 years of age and older and there is a cover charge to enter.

Entertainment is subject to change.

Have you ever been to Jellyrolls? Is $18.00 too much for an entry fee?