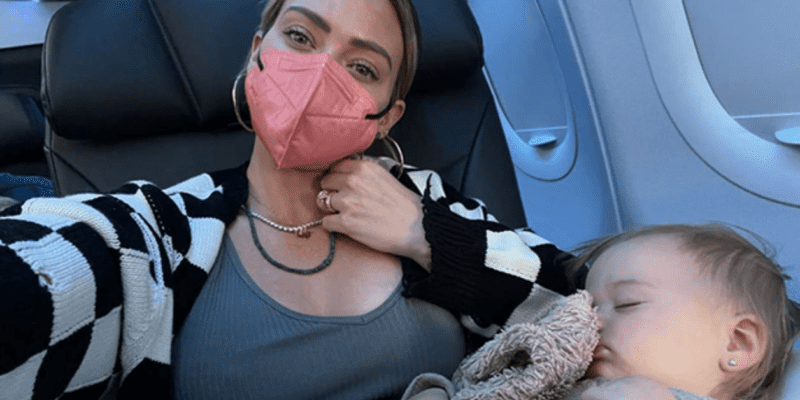 Lizzie McGuire and Younger star, Hilary Duff, is speaking out about a recent flight that was completely “horrifying” because of her 12-month-old, Mae “MaeMae” James Bair’s screaming.

Duff recently vacationed in Hawaii with her husband Matthew Koma, her son Luca Comrie, 10, and her daughters Banks Violet Bair, 3, and 12-month-old Mae “MaeMae” James Bair, but on the flight back home, her youngest did not exactly cooperate.

“Guys, I’ve never been more embarrassed in my entire life than being on a plane with MaeMae,” Duff said on her Instagram Story. “She was the naughtiest baby—and before I hear all the comments, about like, ‘Oh, it’s her ears or her teeth.’ No. Nope. She was perfectly fine. But she has found this new level of volume when she screams.”

“It’s so loud and it goes on for so long and it’s truly wild, like a caged animal,” she continued. “And it happened for probably four out of the five and a half hours it takes to fly to Hawaii from L.A. It was unhinged. We were freaking out. There was nothing we could do. Everyone hated us for sure.”

Duff went on to explain:

“She’s also super attached to me right now, so the first flight, I held her the entire time, and she wasn’t unhappy, she was just loud. Loud loud loud.

She was so loud, the man sitting across the aisle from me, I was like, ‘I’m so sorry. I feel awful. There’s nothing we can do. I feel so bad. I’m so sorry. He wouldn’t even look at me, you guys, he just went like this [simulates a loud sigh]. God, I’m never going to unsee it. It was horrifying.”

Are you a fan of Hilary Duff? Let us know in the comments below.