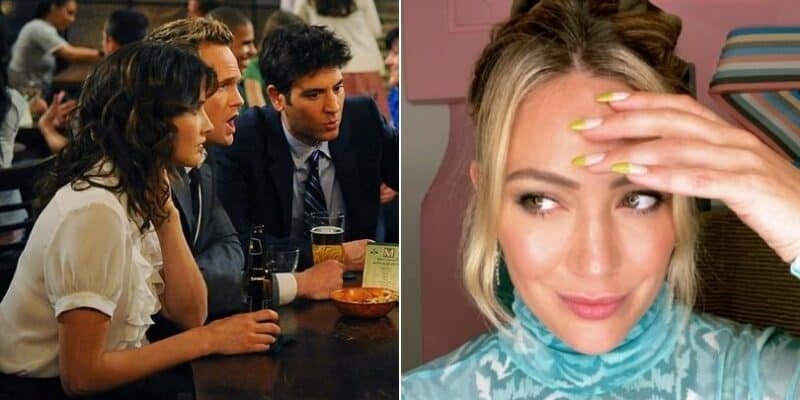 Former Disney Channel star Hilary Duff has come a long way since she starred as the title character in Lizzie McGuire (2001-2004). She has gone on to launch collaborations with various lifestyle brands, including a recent clothing collection with Smash + Tess, and keeps busy with her three children.

Now, the actress has given a sneak peek at her first project since the Lizzie McGuire reboot — which would have followed a 30-something Lizzie in New York City — was scrapped.

Duff shared the following with her 18 million Instagram followers:

Who’s ready for us??? We may or may not have been sitting in front of a certain someones apartment…. #himyf

Related: From ‘Indiana Jones’ to ‘Star Wars’? Shia LaBeouf Could Be Joining the Force

She is set to star in How I Met Your Father — a How I Met Your Mother sequel series — on Disney-owned Hulu. The series has been a long time coming. As Us Magazine recently noted, it’s taken nearly a decade for the HIMYM spinoff to make it to your living room:

Affectionately referred to as HIMYM, the CBS series came to a close after nine seasons in March 2014 — and its controversial finale continued to spark debates online for years to come. Neil Patrick Harris, Cobie Smulders, Josh Radnor, Alyson Hannigan and Jason Segel starred in the original series, with Bob Saget narrating.

Shortly after the end of HIMYM, creators Carter Bays and Craig Thomas teamed up with Greta Gerwig and writer Emily Spivey to work on a pilot for a follow-up series titled How I Met Your Dad. Though audiences were eager to see what the next chapter would bring, the show was not picked up.

When How I Met Your Father was announced, the Younger alum expressed excitement about her upcoming role as Sophie:

“I’ve been incredibly lucky in my career to play some wonderful characters and I’m looking forward to taking on the role of Sophie,” said Duff. “As a huge fan of How I Met Your Mother, I’m honored and even a little nervous that Carter and Craig would trust me with the sequel of their baby. Isaac and Elizabeth are brilliant, and I can’t wait to work alongside them and all of their genius. Just fangirling over here getting to join the Hulu Originals and 20th families. I realize these are big shoes to fill and I’m excited to slip my 6 ½’s in there!”

It is not yet known if any original cast members will return for HIMYF. An official debut date for the series has not been released.

Are you looking forward to seeing How I Met Your Father on Hulu?