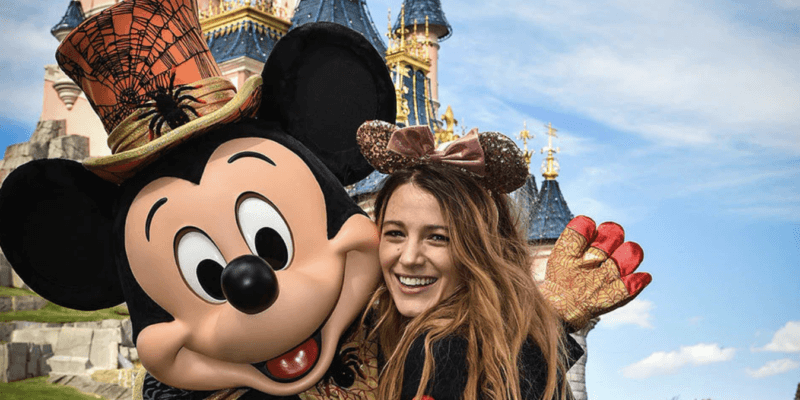 Have you ever wondered what happens when you get in trouble at Disneyland? Some may think that a serious infraction would have you removed from the park, but it seems that at times it could have you brought to an interrogation room, at least according to some celebrities.

Related: Barack Obama Was Once Kicked Out of Disneyland

That is exactly what Gossip Girl star Blake Lively had to endure as a child. The actor, who is married to Deadpool star Ryan Reynolds once discussed the traumatizing experience with David Letterman, according to the OC Register. Lively told Letterman:

If you are like me, the only Disney prison that I could think of at Disneyland was the one in the Pirates of the Caribbean ride, but it seems that Lively experienced a more serious version, but this version did not have any bars or locks. Lively continued to explain what caused the trouble:

“You get a stamp when you leave the park.  If you spray hairspray on it, you can transfer them to someone else’s hand.”

This is when Disney security had eyes on the siblings and caught them trying to pull a fast one on Disney! Lively continued:

“So we go downstairs in Disneyland – it’s all white rooms, everyone is dressed in all white, the furniture is all white, and they just interrogated us…it was really scary and traumatizing.”

After the two were caught, they were reportedly not allowed back in Disneyland for a full year.

Of course, this instance occurred years ago when Lively was just a child, and when Disneyland relied on a stamp system for reentry — something you would not see nowadays, since the parks have tightened security associated with Guests entering and reentering the parks. Disneyland now takes Guests photos upon entry as a way of associating Guests with their specific park tickets.

Now, Ryan and Blake have been seen various times at both Disneyland and Disney World with their children, so the infraction is clearly something that Blake has been able to move past.

All of this being said, Disney having a “jail” is something that is quite well known, and it is a place — more of a security office than an actual jail — that Disney Parks use to reprimand Guests who are breaking the rules or causing trouble. According to CheatSheet,

“While Disney keeps its so-called “jail” under wraps, most have described the jail to look more like a security office or holding area. Depending on the incident, Disney security will hold perpetrators in the office until they figure out whether or not a more serious action needs to be taken.”

Guests cannot be arrested by Disney security. However, depending on the circumstance, the “Disney jail” can be used as a place to hold a disruptive Guest until police arrive. Typically, Guests who are not going to head to the police station are brought down to the security-like room, asked questions, at times detained for a few hours, and then released.

In many cases, Guests who cause problems are banned from the Disney Park for a minimum of one year.

Marvel Iron Man trilogy and Avengers franchise star, Robert Downey Jr., has also previously shared that he, too, went to “Disney jail”. According to Fox News. Downey was caught smoking marijuana on the Disney Skyway at a young age.

The actor stated, “I was brought to a surprisingly friendly processing center, given a stern warning, and returned to, if memory serves, one very disappointed group chaperone.” This is an example that proves that the result of a Guest infraction can change depending on the day and the issue at hand — and depending on the security measures that are in place at the parks.

Click here to visit the official Disneyland website and read about the more up-to-date rules at the park.

Have you ever heard of someone trying to sneak into Disneyland or commit another infraction?