From 'Indiana Jones' to 'Star Wars'? Shia LaBeouf Could be Joining 'The Force' - Inside the Magic 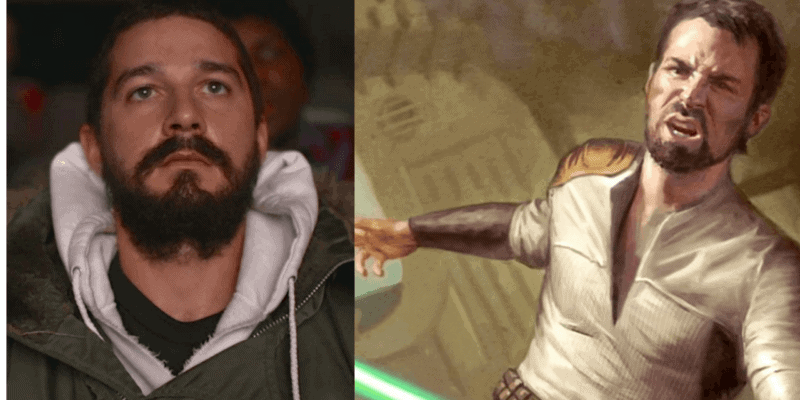 Okay before you jump to the comments, we hear you. Shia LaBeouf hasn’t got the best track record when it comes to working with Lucasfilm. We don’t know anyone that enjoyed Indiana Jones and the Kingdom of the Crystal Skull. In fact, many fans refuse to even admit that there is a fourth movie.

All that being said, Shia LaBeouf has made some incredible movies in recent years that clearly demonstrate that the fault of Indy 4 was largely on the writing over the acting.

The end of The Rise of Skywalker resulted in an end to Star Wars as we knew it, and moving forward Disney and Lucasfilm are still working on plans on what to do next with multiple movies and television shows in the works. Some we know about such as the Obi-Wan and Cassian Andor television shows on Disney+ but there are many other projects that are in the early stages that are still being kept under wraps.

One such project is rumored to include Shia LaBeouf as one of the most popular Jedis from outside the Star Wars movies and television shows, Kyle Katarn. Plus, it helps that Shia and Kyle has a very similar resemblance!

Kyle Katarn first appeared in the Star Wars: Dark Forces video game back in 1995 and has since appeared in many Star Wars video games and novels. It’s likely that Disney would change his backstory as part of any new project but originally  Katarn was a member of the Empire before coming a mercenary for hire. He eventually ended up doing more work with the Rebel Alliance before becoming a member of the New Republic and joining the new Jedi Academy that was created by Luke Skywalker.

He’s been a beloved character from the video games and books since his first appearance in 1995 and it wouldn’t be surprising to see Lucasfilm want to take the character into a movie or television show. Shia LaBeouf would be perfect for the part so fingers crossed this rumor comes to fruition!

Would you be up for Shia LaBeouf joining the Star Wars Universe? Let us know in the comments below!