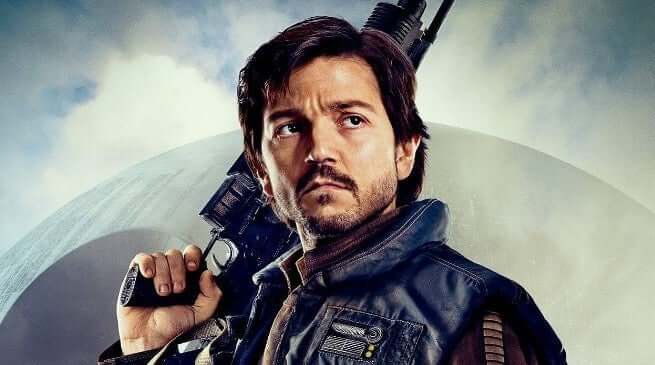 Disney officials have confirmed that Cassian Andor (Diego Luna), a fan-favorite character from Rogue One: A Star Wars Story, will be getting his own Disney+ streaming series.

Production on the upcoming Star Wars show, however, was halted due to the coronavirus pandemic that also shut down work on the new Obi-Wan Kenobi series and Disney movies like Peter Pan & Wendy.

Recently, there have been some updates regarding the Rogue One series, including the fact that actress Adria Arjona has been cast in a leading role.

Now, a Reddit user has claimed that the show will begin filming at popular Pinewood Studios this November. As per ComicBook.com’s report on the subject:

“…a Redditor claimed that their friend had been hired to work on a Star Wars project filming for eight months at Pinewood, roughly the same length of shoot that had been planned originally for the Andor project before it was delayed due to the pandemic.”

Cassian filming in November? A recent hiring could back up my exclusive scoop from May

Bespin Bulletin’s take on the matter is:

“Back in May, I exclusively reported that pre-production on the untitled Cassian Andor series was looking to restart in late July with the hopes of filming in the Fall. Fast forward a few months to August and we got confirmation that slowly pre-production had restarted.

Today, a Redditor by the name of Chopper3 posted that a London based friend of his had been hired for a Star Wars project as a makeup artist, but had no idea what the project was, but that the person had been hired to start in November and work until July. With my sources telling me that Cassian is planning to film in the fall at Pinewood Studios, England I strongly believe this to be the case.

The length of time for the shoot lines up, too. When casein [sic] was set to film in October 2019, back before production was delayed due to creative changes being made, ti was set to film until June 2020. 8 months. The person was apparently. Hired for an eight-month shoot, from November until July.”

This is, of course, all online speculation at this point. Neither The Walt Disney Company nor Lucasfilm has confirmed when the Cassian Andor prequel will start filming. Continue checking ITM for more news about the Rogue One prequel series.

Are you looking forward to learning more about the Cassian Andor Disney+ series? Do you think Darth Maul will appear?