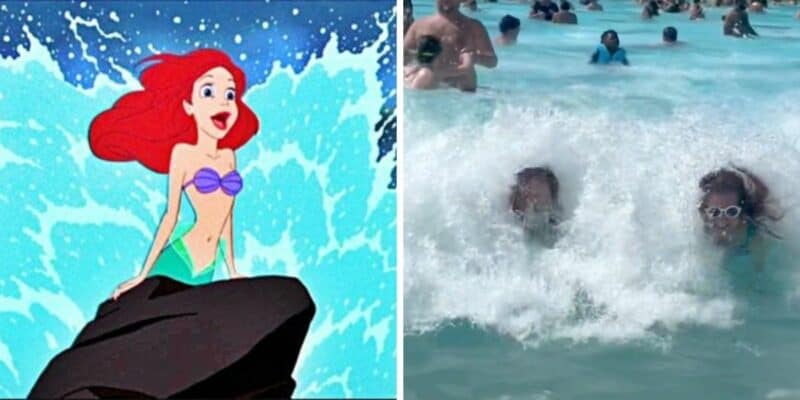 One of the most iconic scenes in Disney films is Ariel lifting up on the rock at the end of “Part of Your World” in Disney’s The Little Mermaid (1989).

The Little Mermaid is one of the most iconic Disney films of all time, even going on to win two Academy Awards, one for Best Original Score and one for as Best Original Song, which was for Alan Menken and Howard Ashman’s “Under the Sea”, sung by Samuel E. Wright.

One of the more popular songs from the film is “Part of Your World”, which two Walt Disney World Guests attempted to recreate while visiting Disney’s Typhoon Lagoon recently. The two women were laying down in the wave pool at the water park, when suddenly the wave crashed behind them, similar to the scene from The Little Mermaid when Ariel sings “Part of Your World”.

The wave, however, was not as graceful as in the film, causing the Guests to fall and be pushed across the pool. They posted the video to TikTok anyway as a joke, with “Part of Your World” playing in the background. You can see the video below.

What did you think of this hilarious recreation of “Part of Your World”? Let us know in the comments below.