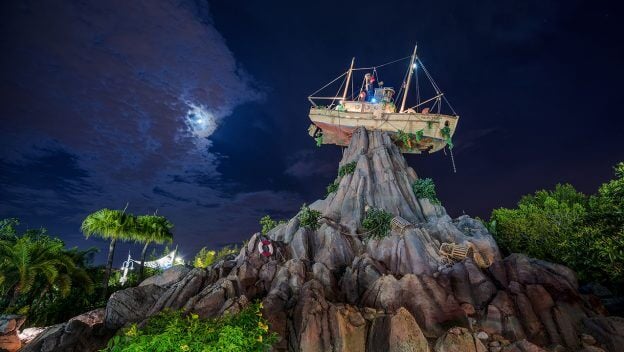 Earlier this month, on January 2, Disney’s water park — Typhoon Lagoon — finally reopened to Disney World Guests after being closed since March 2020 to due the ongoing pandemic. However, due to cold weather in Central Florida, the water park has already had to close to Guests multiple times.

Now, unfortunately, it looks like that will happen once again as Disney’s Typhoon Lagoon has removed its operating hours from the Disney World calendar for this weekend.

Though, if you were planning on visiting Disney’s Typhoon Lagoon this weekend, you will have to reschedule as the water park will be closed due to cold weather hitting Central Florida.

Looking ahead to the rest of the week, Lake Buena Vista is expected to see highs of 65-69 degrees and lows of 47-50 degrees, meaning we would not be surprised if Disney decides to close Disney’s Typhoon Lagoon again throughout the week.

We also want to note that at the time of publication, Disney’s other water park, Blizzard Beach, will also be closed due to a scheduled refurbishment, which is supposed to last for the next few months.

Are you upset to see Disney’s Typhoon Lagoon closing this weekend due to cold weather? Let us know in the comments below.