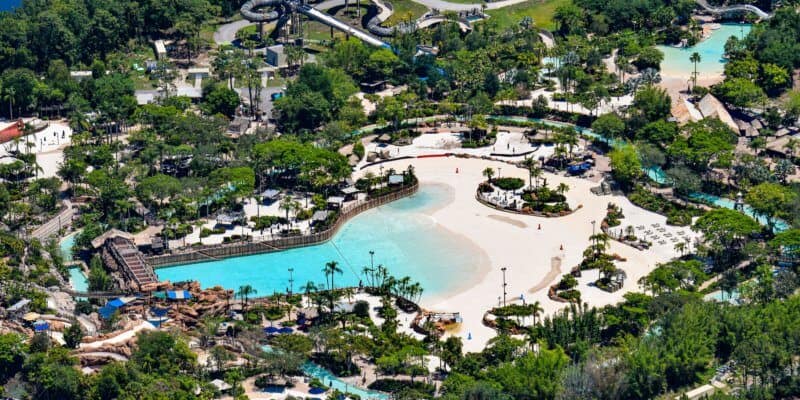 If you are a fan of Typhoon Lagoon, then this day has been long-awaited!

For many Disney Guests, Blizzard Beach has been the only option for Guests to go swimming aside from their Disney World Resort pool. Now, Typhoon Lagoon will finally be opening on January 2, 2020, as part of the 50th anniversary celebration!

In addition, it seems that many of the attractions Guests know and love will return!

Learn to Surf – Ideal for all skill levels, surf lessons offer guests the chance to learn to surf during group lessons with a certified surf instructor.
Private Surf Bookings – Guests can host their own private surfing event for up to 25 individuals during select times. Private Surf is returns Jan. 7; bookings are now available.

Guests will encounter a selection of mouth-watering new DOLE Whip menu offerings at the shipwreck-inspired eatery, Snack Shack. In addition to two Moana-inspired DOLE Whip character cones, guests can tantalize their taste buds by building their own tropical flavor combination with their choice of mango, lime, raspberry or pineapple DOLE Whip.

To mark the 50th anniversary of Walt Disney World Resort, Typhoon Lagoon will add several new menu items and features as part of “The World’s Most Magical Celebration,” such as:

At the time of this article’s publication, the Typhoon Lagoon page of the Walt Disney World website is down, likely undergoing some changes to announce the news and display the correct information.

In the meantime, Guests can visit Disney’s other water park, Blizzard Beach! If you plan to check out Blizzard Beach on your next family vacation, or Typhoon Lagoon when it reopens, and need help planning, be sure to check out our article here. Typhoon Lagoon is the final Park that Disney had yet to open, and after undergoing a lengthy refurbishment, we are glad to know it will soon be back in action!

Are you happy to see Typhoon Lagoon return?