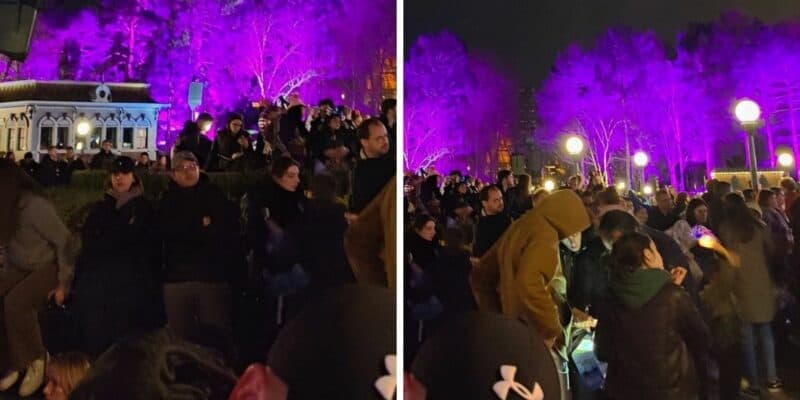 Last night, fans crowded Sleeping Beauty Castle to witness the Disney D-Light show, which features drones! But the amount of Guests that packed into the area shocked some.

For starters, if you are not familiar, the official Disneyland Paris website describes the nighttime show as:

Twitter user Disneyland Paris Guest shared a photo to the social media platform of the crowds last night at Disneyland Paris, explaining how the amount of people is “disgusting” and they hoped that security or guest flow could help:

Stage 3 is full of people. Hopefully security or guest flow can reach them. Disgusting. People have been waiting for hours for their spot behind the stages…

Stage 3 is full of people. Hopefully security or guest flow can reach them. Disgusting. People have been waiting for hours for their spot behind the stages… pic.twitter.com/kwRVWNGT1f

Along with the 30th anniversary underway, Walt Disney Studios Park is adding a massive addition that will include Star Wars, Marvel, and Frozen, as well as their very own Avengers Campus (similar to the recently opened land at Disneyland Resort in California.)

Are you planning to see the new drone show at Disneyland Paris for the 30th anniversary? Let us know in the comments below.