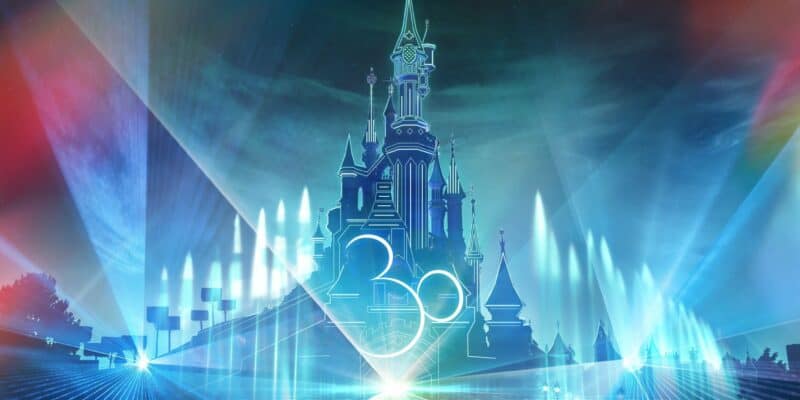 One of the more exciting announcements from this morning is that a brand-new pre-show will be coming to the Parks, involving drones!

At Disneyland Paris, there are a lot of new and exciting experiences Guests are looking forward to at both Walt Disney Studios and Disneyland Park — including the upcoming 30th anniversary, which will begin on March 6, 2022 and will allow Guests to “dream bigger, laugh louder and smile wider than ever before” as they immerse themselves into a spectacular and “one-of-a-kind 30th anniversary wonderland.”

With the 30th anniversary just months away, Walt Disney Studios Park is adding a massive addition that will include Star Wars, Marvel, and Frozen, as well as their very own Avengers Campus (similiar to the recently opened land at Disneyland Resort in California.)

Now, as we inch closer to the 30th anniversary, the Disney Parks are releasing even more information on what Guests can look forward to, including a brand-new pre-show involving drones.

When Disneyland Paris first announced the news, DLP Report took to Twitter to share a first look at what fans can expect. For starters, the show will be called Disney D-Light and will feature over 200 drones — a first for Disneyland Paris.

DLP Report shared some images and information regarding the upcoming Drone show, writing:

Breaking: Disneyland Paris will use drone technology for the #DisneylandParis30 pre-show called “Disney D- Light”.
The sky will illuminate with the Anniversary logo. Here’s a first look!

⚠️ Breaking: Disneyland Paris will use drone technology for the #DisneylandParis30 pre-show called “Disney D- Light”.
The sky will illuminate with the Anniversary logo. Here’s a first look! pic.twitter.com/stuiNGx3Cc

Video: First look at “Disney D-Lite”, an innovating pre-show for #DisneylandParis30 that will use drone technology for the first time inside a Disney Park:

✨ Video: First look at “Disney D-Lite”, an innovating pre-show for #DisneylandParis30 that will use drone technology for the first time inside a Disney Park: pic.twitter.com/xoyTcGAMoI

The official Disneyland Paris website has updated to include the upcoming Disney D-Light show, highlighting beautiful concept art, which you can see below. They describe the upcoming show as:

This will not be the first time a Disney Park utilized drones for a special show. Back in 2016, Disney Springs at Walt Disney World Resort in Florida hosted a limited-time holiday show featuring drones.

Disney D-Light is just one of many new experiences coming to Disneyland Paris for the 30th anniversary. Stay tuned to Inside the Magic for more information.

Are you excited to see a new drone show coming to Disneyland Paris for the 30th anniversary? Let us know in the comments below.