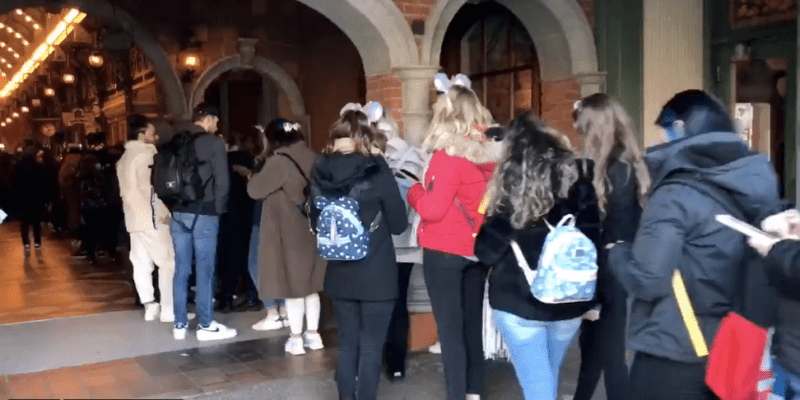 At the moment, it seems we cannot get enough of Disneyland Paris as the 30th anniversary celebration begins. Starting today, March 6th, Disneyland Paris is finally 30 years old. After all of the hardships the Park has faced due to the pandemic, we are so happy to see Guests enjoying all the festivities of the one again open theme park.

Most recently, we discussed all of the new offerings that Guests can expect to see when they visit. You can click here to learn more about what is being offered. In short, there is new packaging on everything, from water bottles to sandwich boxes, Minnie Mouse is looking chic as ever in her new pantsuit, the After Glow show illuminates Sleeping Beauty Castle with an amazing drone experience, The all-new Dream… and Shine Brighter has also debuted, and so Exmuch more.

And of course, you cannot have a celebration so large without exclusive merchandise. As we saw with the start of the Walt Disney World 50th anniversary celebrations, Disney Guests can go nuts for merchandise. At Disney World, we saw Guests fighting over tumblers that are still available months later, pulling hair and causing a scene. In Disneyland Paris it seems that no fights have broken out, but Guests are clearly ready to spend their day waiting in line to make one purchase.

Pixie Dust (@Pixiedust_be) just posted a video of the line at Flora’s Unique Boutique, which is the only location selling 30th anniversary merchandise, and just to walk the line takes well over 1 minute.

New Century Notions – Flora’s Unique Boutique is the only store where you can buy the #DisneylandParis30 merchandise! 🛍

Look at the queue to Flora’s

New Century Notions – Flora’s Unique Boutique is the only store where you can buy the #DisneylandParis30 merchandise! 🛍

Look at the queue to Flora’s ⬇️ 😬 pic.twitter.com/QPs3gBC0u5

It seems that although the celebrations are looking amazing, Guests are not thrilled with how the merchandise offerings have been set. Greg Sulley (@PhattGreg) stated:

Yeh looking at that ridiculously long cue, I would call that a guest service failure!

Considering the lack of movement seen in that cue, that looks like a good 2h to 4h cue, and a failure in management. Hire some Ex Disney Store CM’s to help.

Yeh looking at that ridiculously long cue, I would call that a guest service failure!

Considering the lack of movement seen in that cue, that looks like a good 2h to 4h cue, and a failure in management. Hire some Ex Disney Store CM’s to help.

We have seen Guests wait in insane lines like this in the past for merchandise, so this is not out of the norm. For example, in Disney World, the Figment popcorn bucket boasted a 7-hour line on opening day.

What do you think of Disneyland Paris’ 30th celebrations?